Spoiler: Final Fantasy VII Remake has materia in it.

In this really short guide, I’ll walk you through the easiest ways to level it up both in early and late game situations. 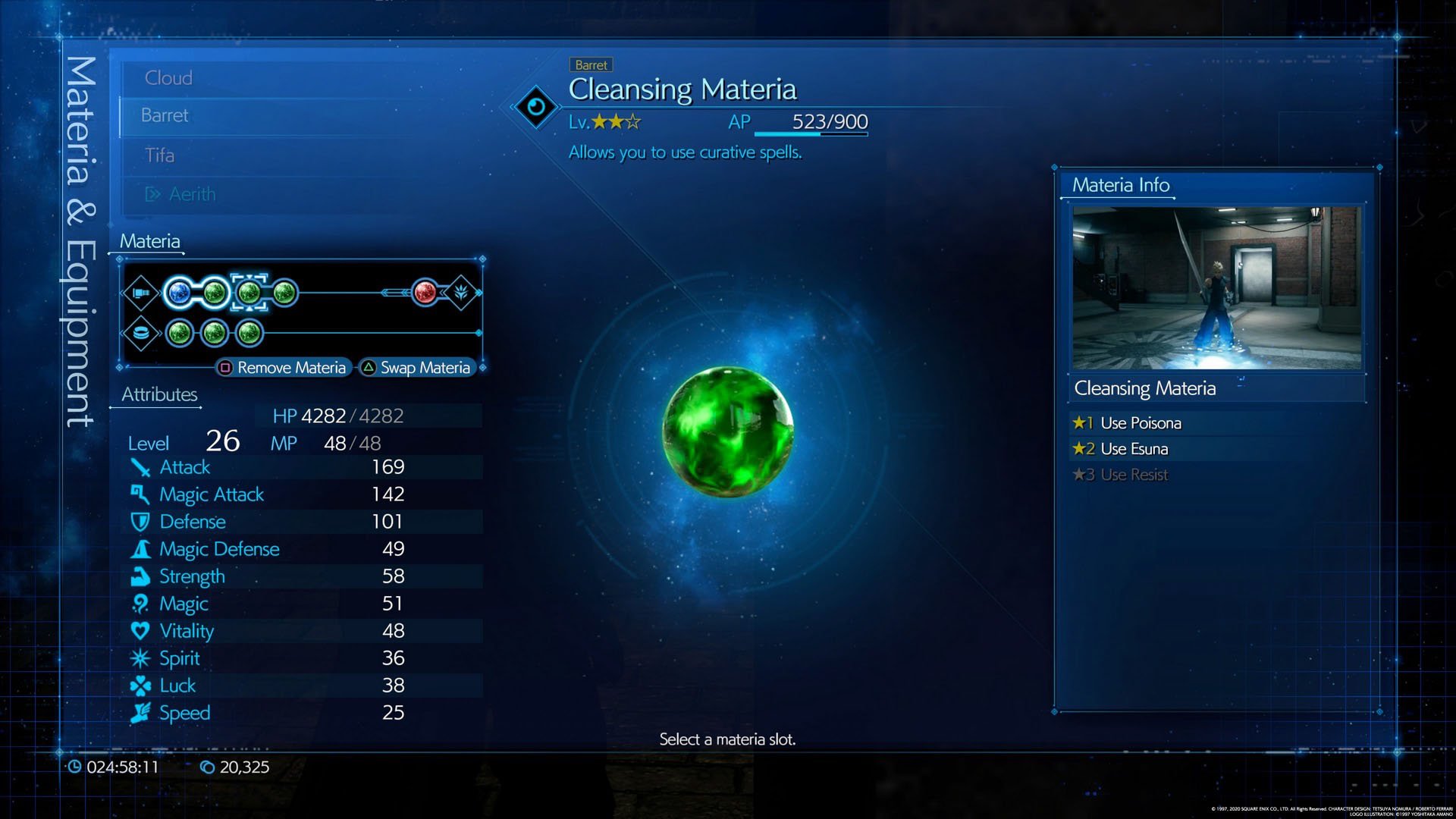 Early on you’ll want to slot every single green materia you can find.

Materia needs to be slotted to level up, and you’ll need to earn AP through finishing fights to actually move that process along. If you aren’t slotting something crucial like an elemental or healing materia, you’re doing it wrong: by the time you reach a hard boss fight you’ll be stuck with weaker spells.

Of course, there are a few concessions late-game to assist in leveling some really pesky materia like raise, which requires a huge AP commitment. 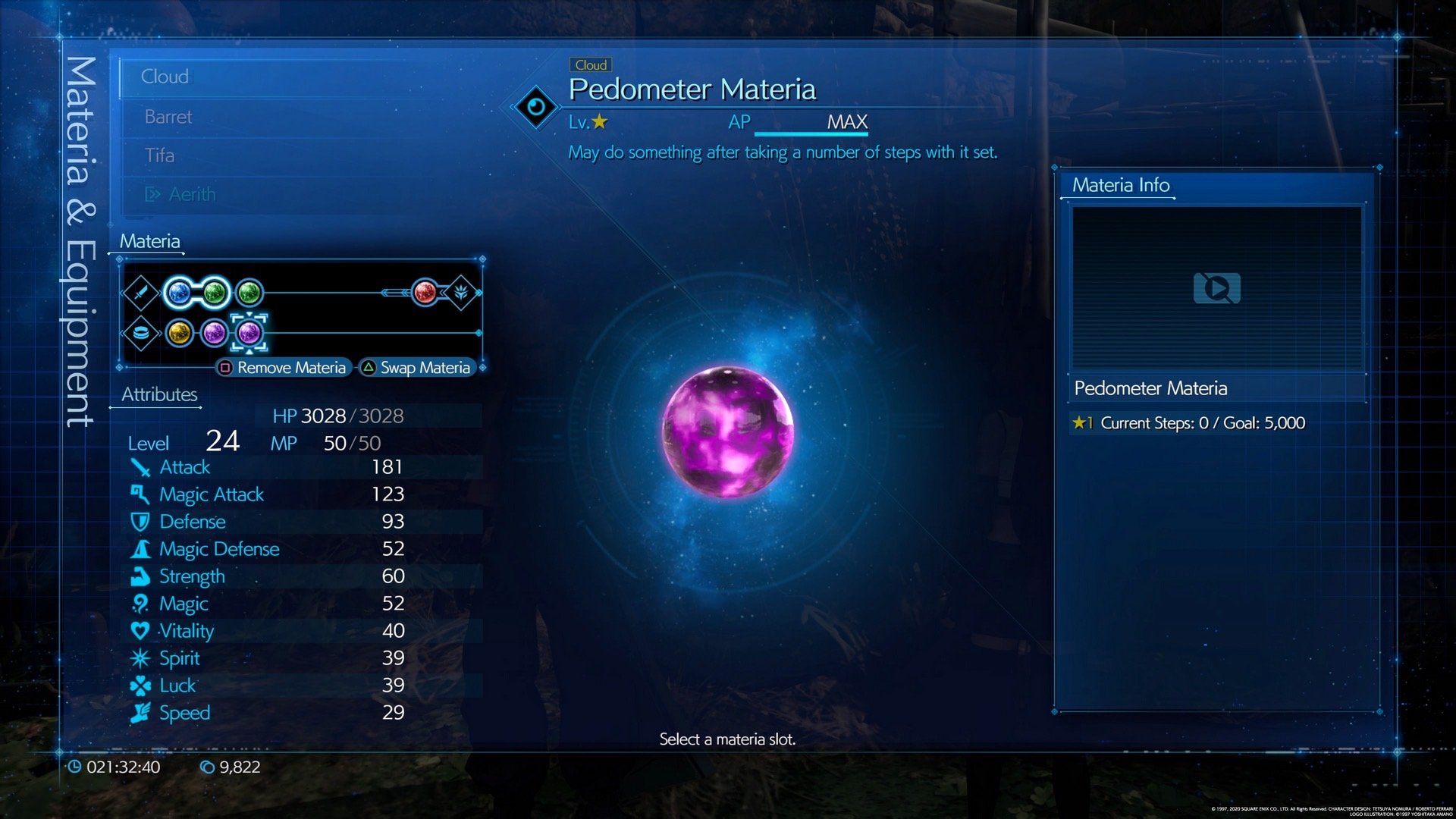 Once you reach Chapter 14 the game really starts to open up. As part of the story you’ll find an inconspicuous pedometer materia lying on the floor that hints at a just reward if you walk 5000 steps.

You can simply walk around in circles after you unlock it or just play the chapter normally (it’s a long one if you do all the sidequests): it doesn’t matter, so long as you’re actually walking somewhere and not into a wall (those won’t count as steps). 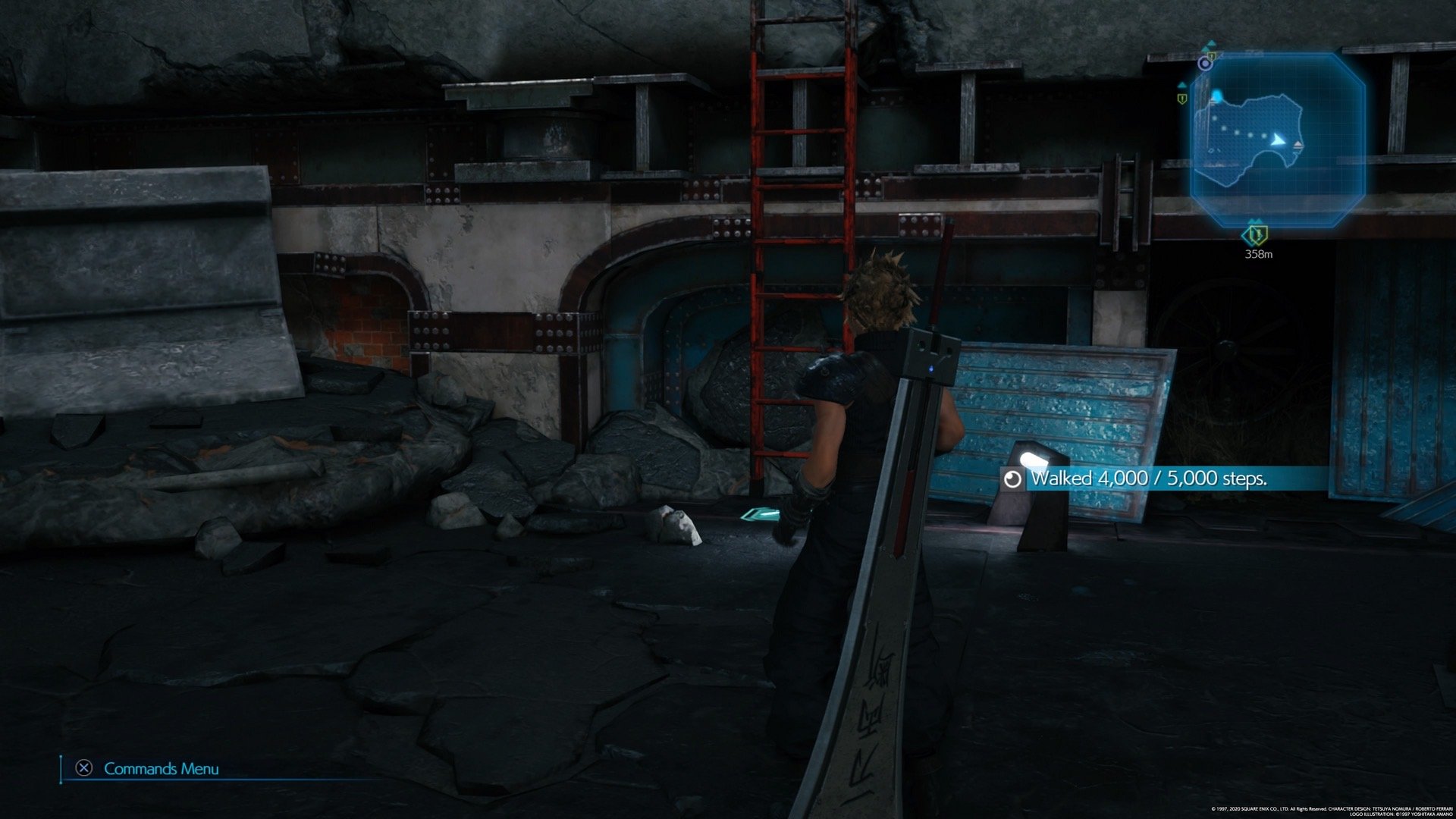 Hitting 5000 steps will evolve the pedometer materia into AP-Up Materia, which grants bonus AP for materia linked to it in a conjoined slot.

It’s meant as a clean-up power to help max out your spells before the end hits, so make sure you always have someone running it and cycle materia in and out as needed.