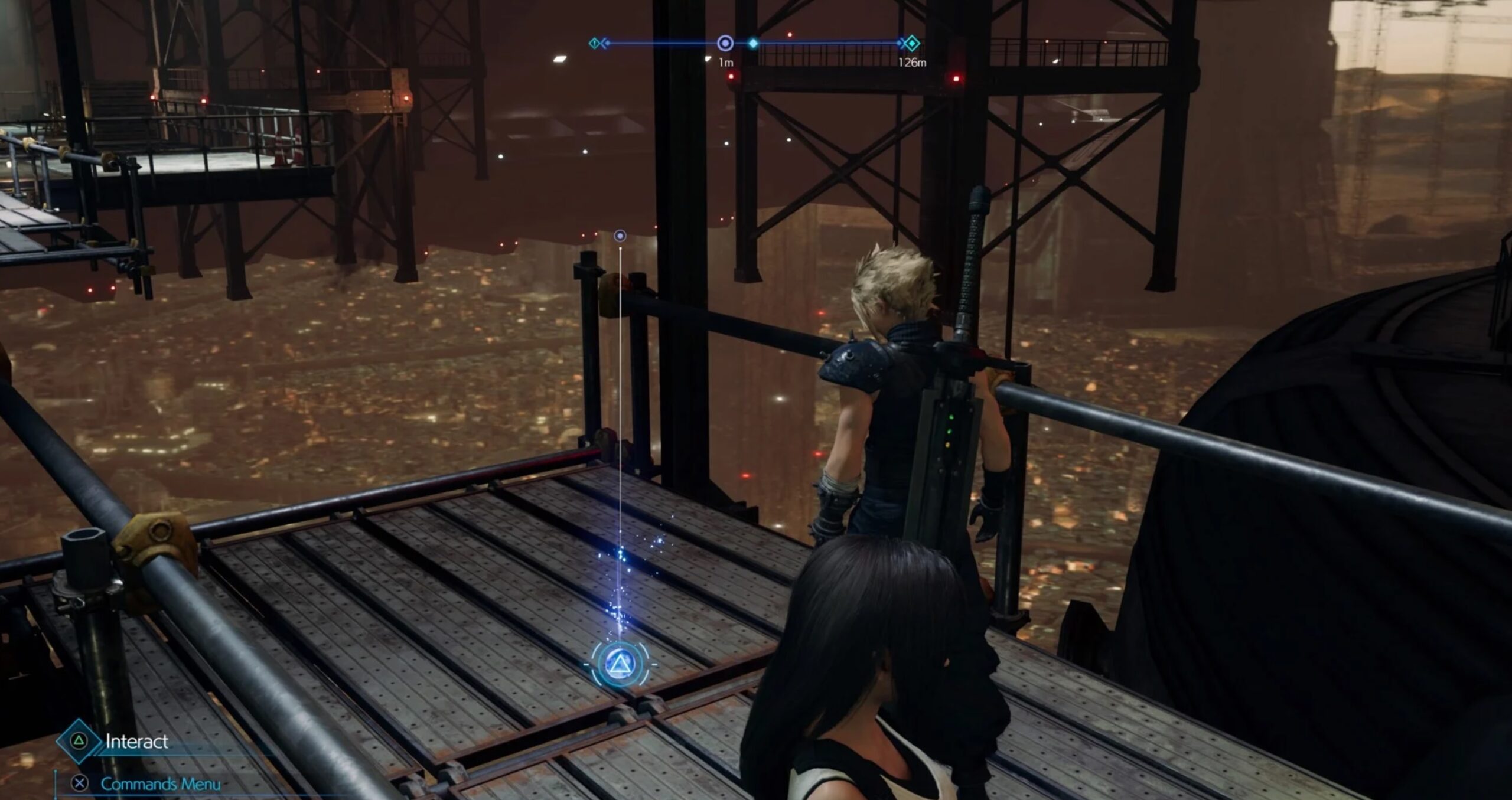 ‘We protected the essence…of the original’

Thanks to a heap of new interviews via the recent Ultimania book that just launched in Japan (translated by Twitter user aitaikimochi), everyone from co-directors, to producers to designers have chimed in regarding the development process of Remake, as well as where it could go from here. But what about the constant balancing act of what to keep from the original and what to throw out? A few members of the dev team have you covered.

Co-directors Naoki Hamaguchi and Motomu Toriyama, as well as battle system design Teruki Endo mused on how it all came together, and some of those musings are fascinating. Hamaguchi says “there was a lot of consideration” in regards to whether or not they were just “borrowing” from the original, but the goal was to “modernize them” while “protecting the essence of the original.” In my mind, you can really see this mentality perfectly displayed in Wall Market, which captured the sleaze of the original design while making it that much more grand in scale.

Toriyama says they sometimes felt “restricted” by how the original portrayed Midgar, and since there were a lot of staff on hand that held water for the zone (or in some cases literally created the PS1 design), they made sure not to “stray too much away from the source material.” He muses that those restrictions weren’t present in the original as they were creating a whole new world, but they didn’t want to eschew that same spirit of ingenuity with the remake; so they “tried to lessen the restrictions” around the remake itself.

He continues that it was “a good thing” that Midgar was the starting point (created by the team decades before), as they were able to really showcase the area with new tech by “[putting] in [their] all.” Having scaled its walls and looked down on the slums from a brand new vantage point in awe, I’d absolutely agree.

Endo also chimed in on the battle system (which most people agree is the main star of the game), noting that “each [member of the team] contributed an idea or element that [they] wanted to implement in the remake.” Then they gathered them all up and went from there. Given the scope, you really can tell that Remake was a collaborative effort. The more you play it on higher difficulty settings, the more you see different pieces of the combat system slot into place.

Finally, Hamaguchi and Endo have a good laugh regarding some of the new monster designs that were placed into Midgar (I’m thinking of a gigantic beast locked away at the moment) but are actually supposed to show up later in the game; noting that they’ll “just figure it out” in later episodes. “Just figuring it out” sums up the philosophy of the Remake perfectly. They figured the first part out, but now it’s time to finish this “project.”