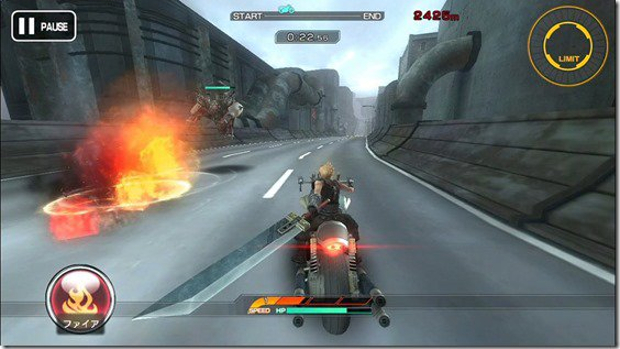 The gussied up Android and iOS version of Final Fantasy VII‘s motorcycle minigame is coming out in Japan this week, according to Famitsu. This feels right. It’s been too long since Square has milked Final Fantasy VII. Possibly months. Even a year, maybe?

No word on when it is releasing in the West yet, though it is coming out here eventually.

Maybe they’re still trying to come up with what the “G” stands for.