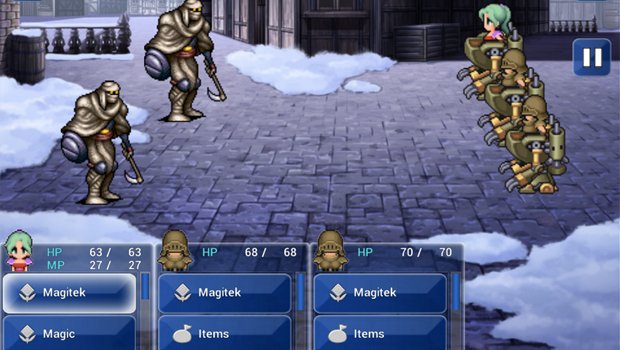 The Final Fantasy VI Android port launched merely a week ago, but players seem to have already encountered a rather troublesome glitch, leaving those affected unable to progress.

As of right now, Final Fantasy VI will crash for a large number of those who make it to the cutscene showing the fight between Kefka and General Leo — which is more or less halfway through the game. Because of this, it’s practically impossible to continue on playing.

Over on Google Play, Square Enix has confirmed that they are now aware of this issue and that fixes “are forthcoming.” They’ll also be correcting that bloody “Esper” typo along with a fix to correctly display the icon for Sabin’s Blitz ability.

Anyone who’s bought this game been experiencing any issues? From what I’ve been told this port could use a general stability update.