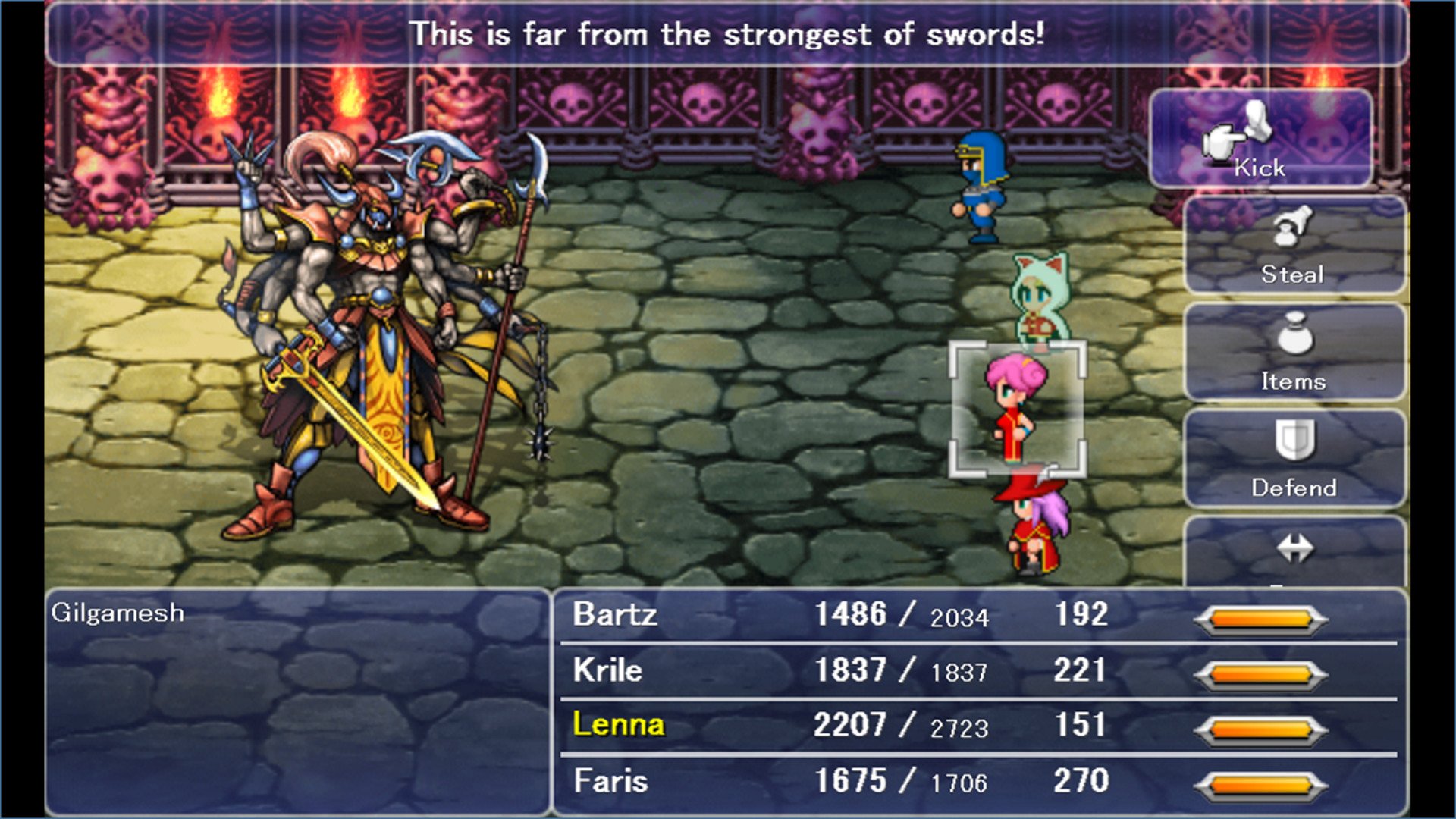 Square’s marking the 23rd [not 20th, because I am dumb – Ed.] anniversary of Final Fantasy V with a re-release on PC, but it’s not just a straight port.

“Veteran character designer Kazuko Shibuya has returned to recreate the characters and graphics for an enhanced experience,” Square boasts. Of course, as has been shown with past remakes of sprite-based Final Fantasy games, not everyone will appreciate the change.

The release also includes, “updated controls and active-time battle system are optimized for fluid combat for PC,” The Sealed Temple from the 2006 release, and “the Tetsuya Nomura-designed optional boss Enuo.” Of course there are also Steam achievements and trading cards.