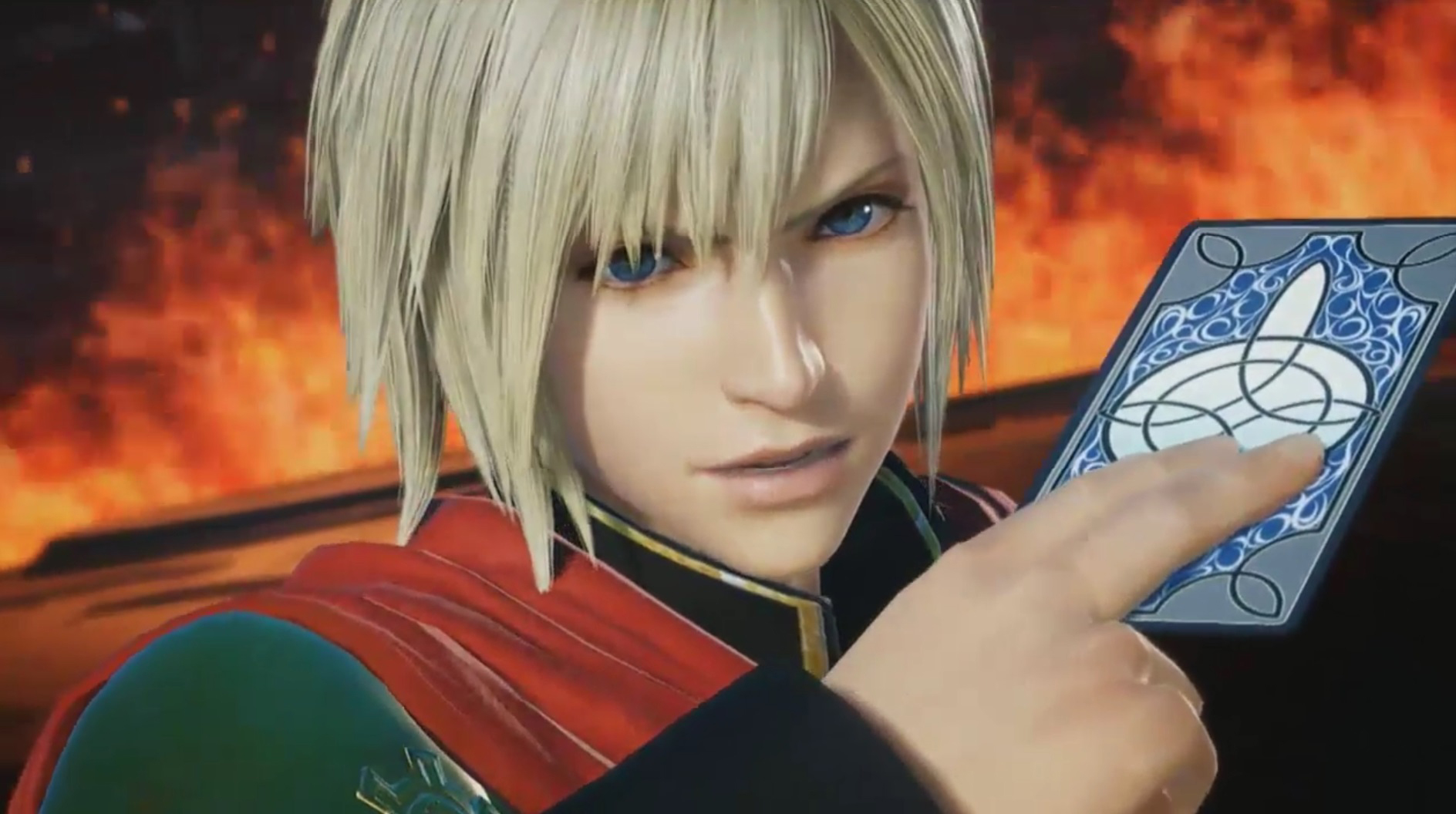 If and when Dissidia Final Fantasy gets a worldwide release on the PS4, it’s going to be one hell of a game. The last time we talked about it, Kain Highwind was added to the cast. Today, a Final Fantasy spin-off is getting some representation in the free-roaming fighting game.

During an extensive live stream of the Japan-only title, Ace from Final Fantasy Type-0 was unveiled as a shoot-type character.

Ace will join the cast with an update next week. He wasn’t the only bit of big news out of the stream.  According to Gematsu, the September update will also introduce the “Battle of the Gods.” Like Splatoon‘s Splatfest, this feature will have players picking sides between two new Gods and battling for victory. Battles will take place over a two-week period each month.

For those not keeping a count, this addition bumps the roster up to 19 characters. I’m hoping Benjamin from Final Fantasy: Mystic Quest somehow gets the number 20 spot.