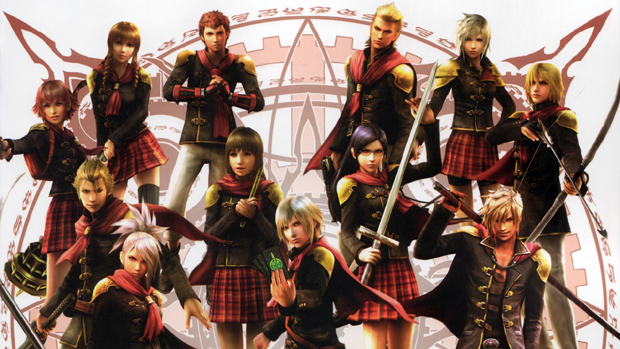 Off-screen fun for the whole family

Our full review of Final Fantasy Type-0 HD is coming up tomorrow, but in the meantime, here is some off-screen footage of the game to get you thinking. As a lapsed fan of the series (the last main series Final Fantasy game I played through to the end was Final Fantasy IX), my curiosity has definitely been piqued by this new side-story.

The “high school aged soldiers” premise worked well enough in The Hunger Games, Battle Royale, and Attack on Titan, so why couldn’t it work for Final Fantasy? The juxta-position between the decidedly normal looking private school outfits on the characters and the fantasy setting feels fresh enough. We’ll see on March 17th for ourselves if the rest of the game holds up that spirit of freshness.