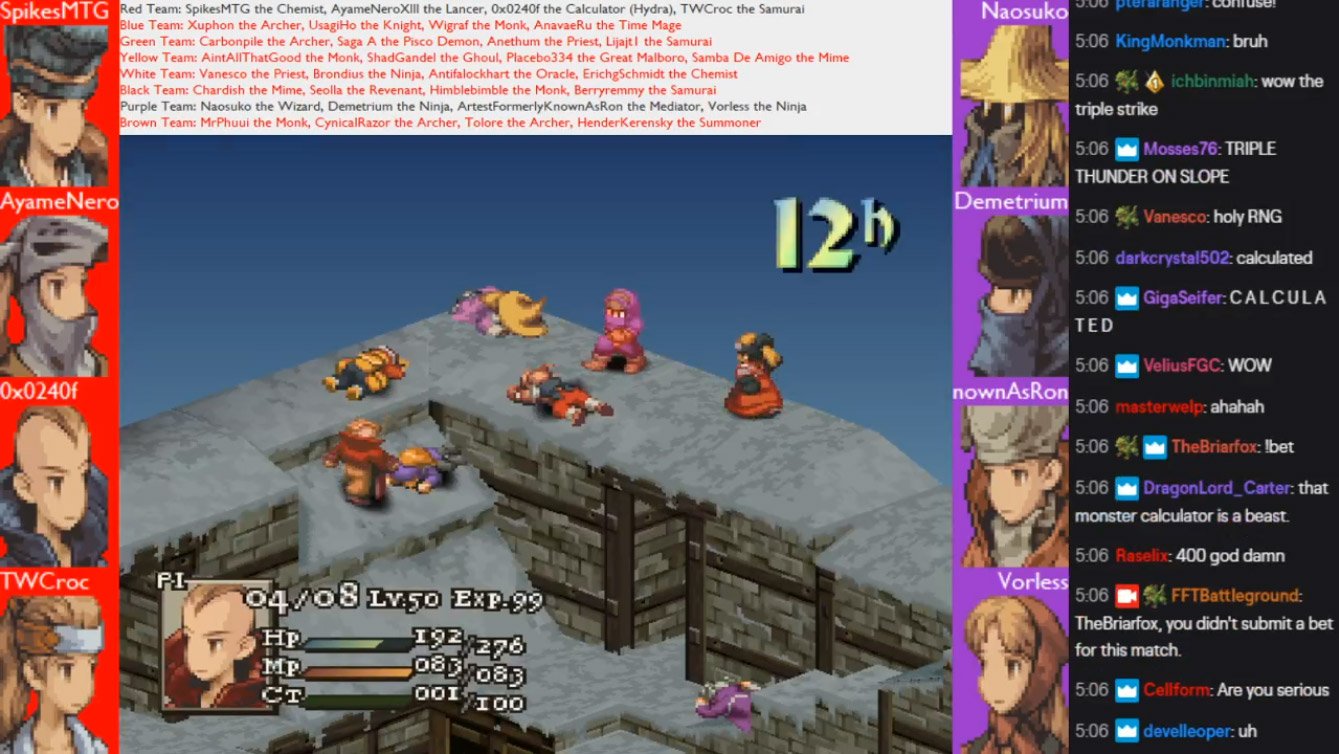 When I woke up this morning, I didn’t expect to spend a chunk of my afternoon watching AI-driven teams duke it out in Final Fantasy Tactics while hundreds of Twitch viewers placed bets on the outcome.

What have I gotten myself into? And how will I ever break free from this nostalgia-fueled distraction?

The Twitch stream, FFT Battleground, is not unlike Salty Bet and its ilk. It’s set up as a never-ending string of single-elimination tournaments featuring eight randomized AI teams, and viewers can make fake-money bets. The randomization factor can result in dramatic moments where an overpowered team steamrolls the competition, while the rapid-fire format keeps your eyes glued to the action.

Under the current format, Twitch users start with 1,000G and can place bets on every match. “[Gil] is used only for a couple things and bragging rights, but you will be able to do more with it later on.”

The beauty of this stream is that it’s as involved as you want it to be.

If you’re looking for a semi-mindless time-waster, you can just have FFT Battleground running in your peripheral vision while you take in the classic Final Fantasy Tactics music and sound effects. If you’re feeling frisky, there’s a full set of bot commands to learn, to say nothing of the skill-collecting system.

The project is very much a work-in-progress, but I adore this initial idea.