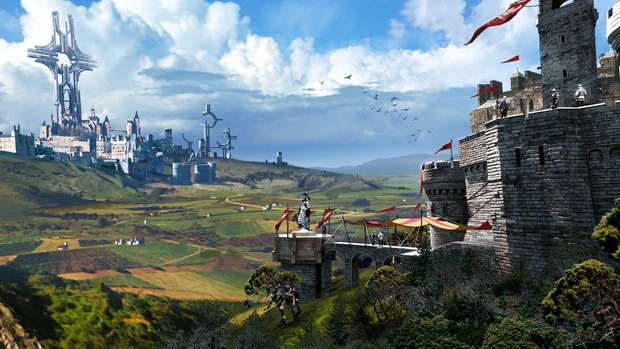 Yasumi Matsuno (Final Fantasy Tactics, Vagrant Story, Final Fantasy XII) has a Kickstarter project in the works, Unsung Story. It’s sitting about $150,000 away from its goal with a week and half left. Unfortunately, the Vita stretch goal (and addition of composer Hitoshi Sakimoto) seem out of reach.

With the campaign’s latest update, Matsuno talks directly about the design elements that differentiate Unsung Story from Matsuno’s past works. What’s interesting is that character class seems dependent on weapon equips and that characters can simultaneously have a level in a particular class, making switching easy, though a character trained as a a healer and an attacker may not be a worthwhile monster tamer, being such a low level in the latter.

Matsuno also gets into the story and structure. True to the name, Unsung Story doesn’t have a main character, but rather looks backwards in time at various characters remembered in a great war.

“Some fought bravely for half a century, while others gave their lives in the briefest of moments. The story of each of these heroes is what we’re calling an episode. By joining them in their battles that span the course of the war, players will see for themselves if these heroes are truly worthy of the glory history has accorded them. While there are five episodes, each revolving around a separate hero, planned for launch, while the game is live, we intend to continue expanding various game systems and bringing out additional episodes that showcase these systems.”

Provided it gets funded, Unsung Story is still a good year and a half off, but I’m excited none the less. In the meantime, maybe it’s time to try out Matsuno’s most recent work, Crimson Shroud.