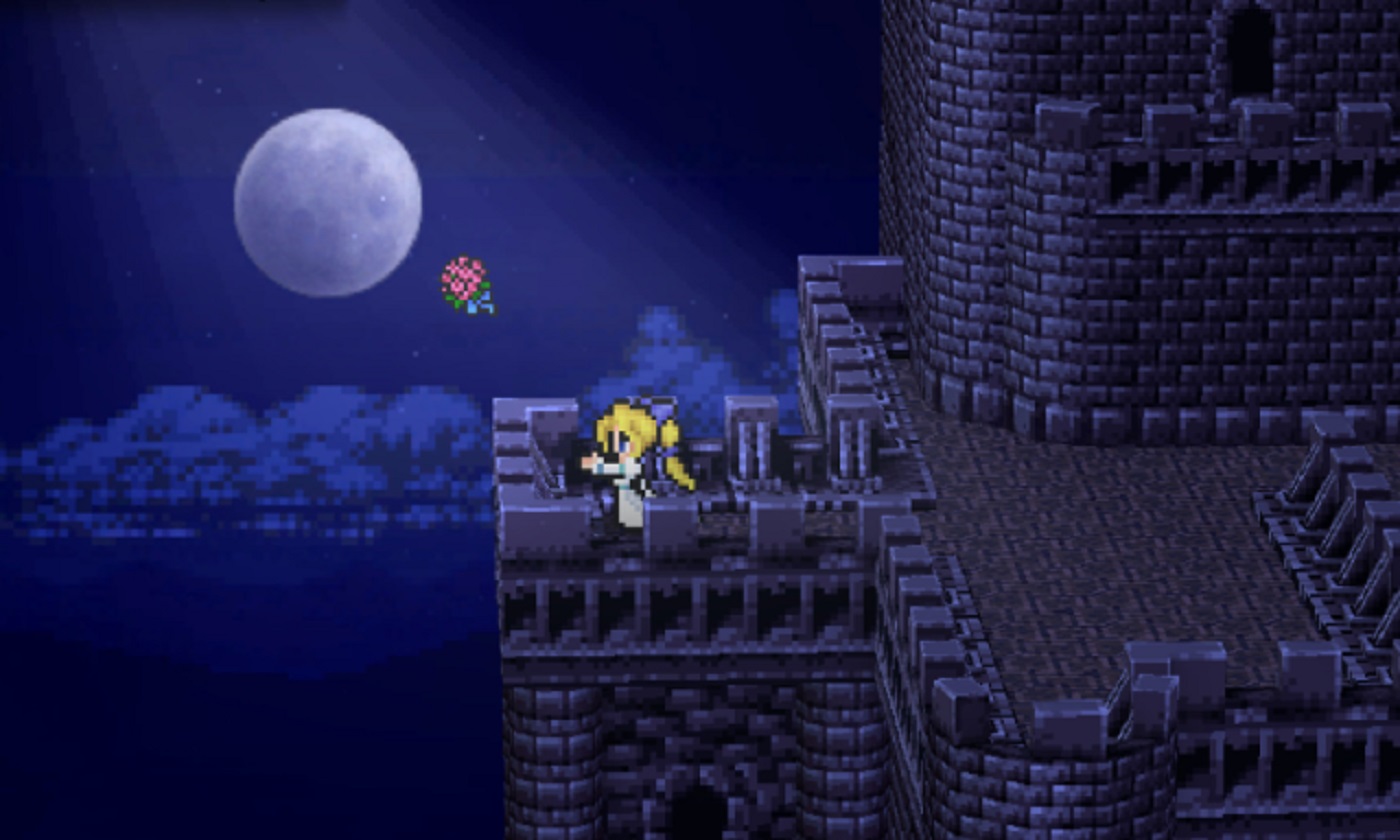 Surely we can do better than this

Final Fantasy, one of the most revered and influential JRPG franchises in history, saw its 35th anniversary a few days ago. Square Enix chose to celebrate the occasion with something fans have wanted for years: PlayStation 4 and Nintendo Switch ports of the first six numbered games. This is, of course, great. Sure, the games are arriving in their just-okay Pixel Remaster iterations, but even a just-okay version of Final Fantasy IV on Nintendo Switch is a treat.

The not-so-great part came after the big announcement in the form of the Pixel Remaster physical editions. Square Enix elected to release two Final Fantasy Pixel Remaster collections on physical discs and cartridges — a Standard Edition and an Anniversary Edition. Both editions include all six Pixel Remaster titles, and they’re both exclusive to the Square Enix store.

So what’s the catch?

The most glaringly obvious issue with both Pixel Remaster collections is the price. The Anniversary Edition, which includes an art book, a vinyl record, and a set of figurines modeled on different characters, will run you a princely $259.99 before tax and shipping. Obviously, that’s a pretty hefty price tag, but it comes with a load of bonuses, and the collector’s market has long made its peace with obscenely expensive exclusives. 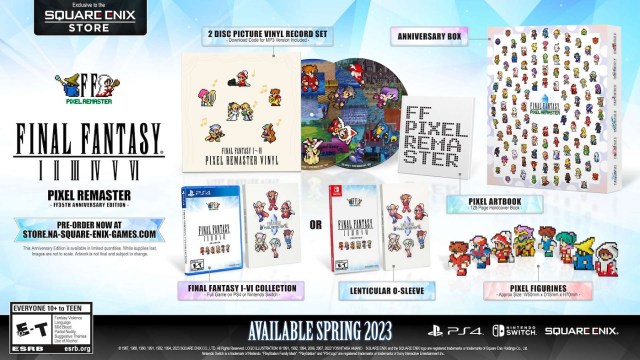 For the rest of us, there’s the Standard Edition, which is priced at a much more reasonable $74.99. Spending $75 on a single disc or cartridge will always be a bit of a tough sell, but you’ve gotta remember that these are five of the greatest JRPGs ever made, plus Final Fantasy II. Could the price go lower? Sure. But as long as it doesn’t go any higher, it’s fine, right? Well… standard shipping is $23.99, bringing the cost up to nearly $100 for the standard option. That means the cost of shipping alone could buy you two of these games digitally.

What about the other catch?

As I mentioned before, both of these collections are exclusive to the Square Enix store. That means they’re both subject to a somewhat archaic forced-scarcity drop process. Both editions have wildly oscillated between in and out of stock over the last couple of days, with restocks occurring seemingly at random. If you see them in stock, you’ll probably need to make a split-second decision on whether you’re ready to drop a few hundred bucks or not. 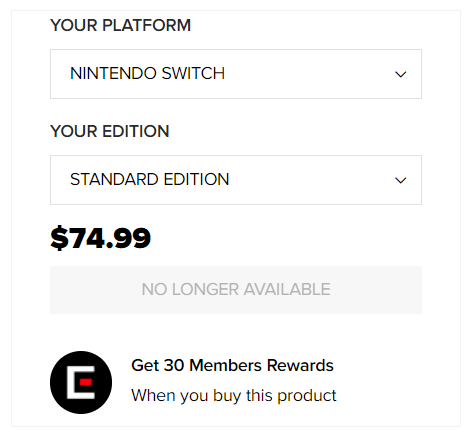 Severely limiting production like this is always a fairly annoying business practice, but it’s usually one aimed at more niche audiences. The most widely celebrated franchise in Square Enix’s stable deserves a more standard-wide release without all the headaches and price hikes.

Of course, it’s hard to be entirely upset about any of this. Lots of fans, myself included, have been itching to get the first six Final Fantasy games on modern platforms for years. For all my personal qualms with the Pixel Remaster series, I’m still going to buy all of these games (digitally) for the millionth time. But as someone who likes to have physical editions of my favorite games on my shelf, I can’t help feeling bad every time I think about the way Square Enix has handled this rollout.

I’m used to slimy and ill-advised release strategies for niche special editions, but seeing the Standard Edition for a Final Fantasy release receive this sort of treatment just bums me out.