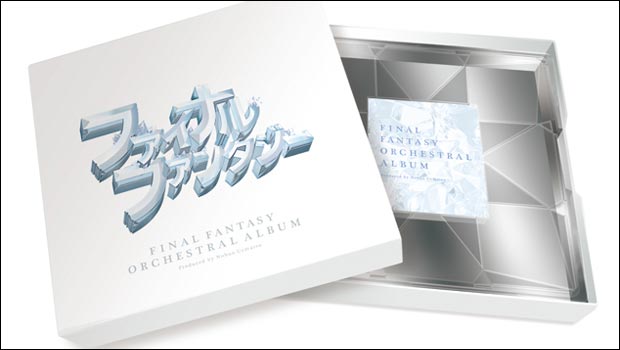 You must own this

We mentioned the commemorative Final Fantasy Orchestra Album a few months back, and at the time, we were greatly looking forward to it. Now that we’ve listened, we can say that it’s one of the best Final Fantasy music products to be produced in recent years. It sports two hours of Final Fantasy music brought to life with an orchestra, redone vocal themes, new arrangements, a limited edition vinyl, and some amazing packaging.

All of that made me think it’d be a good idea to provide an unboxing video that not only shows off the contents of the limited edition version of the album, but also the music (“The Dreadful Fight” from Final Fantasy IV plays in the background). There’s a reason this album was one of OSV’s best arrange albums of 2012 (in my opinion, it’s the best), so check it out as it’s somehow still available from CD Japan.

If you haven’t picked this up already, will you be? Can you imagine a world of music distributed on Blu-Ray discs, or is this a novelty that will get steamrolled by the tide of digital distribution?