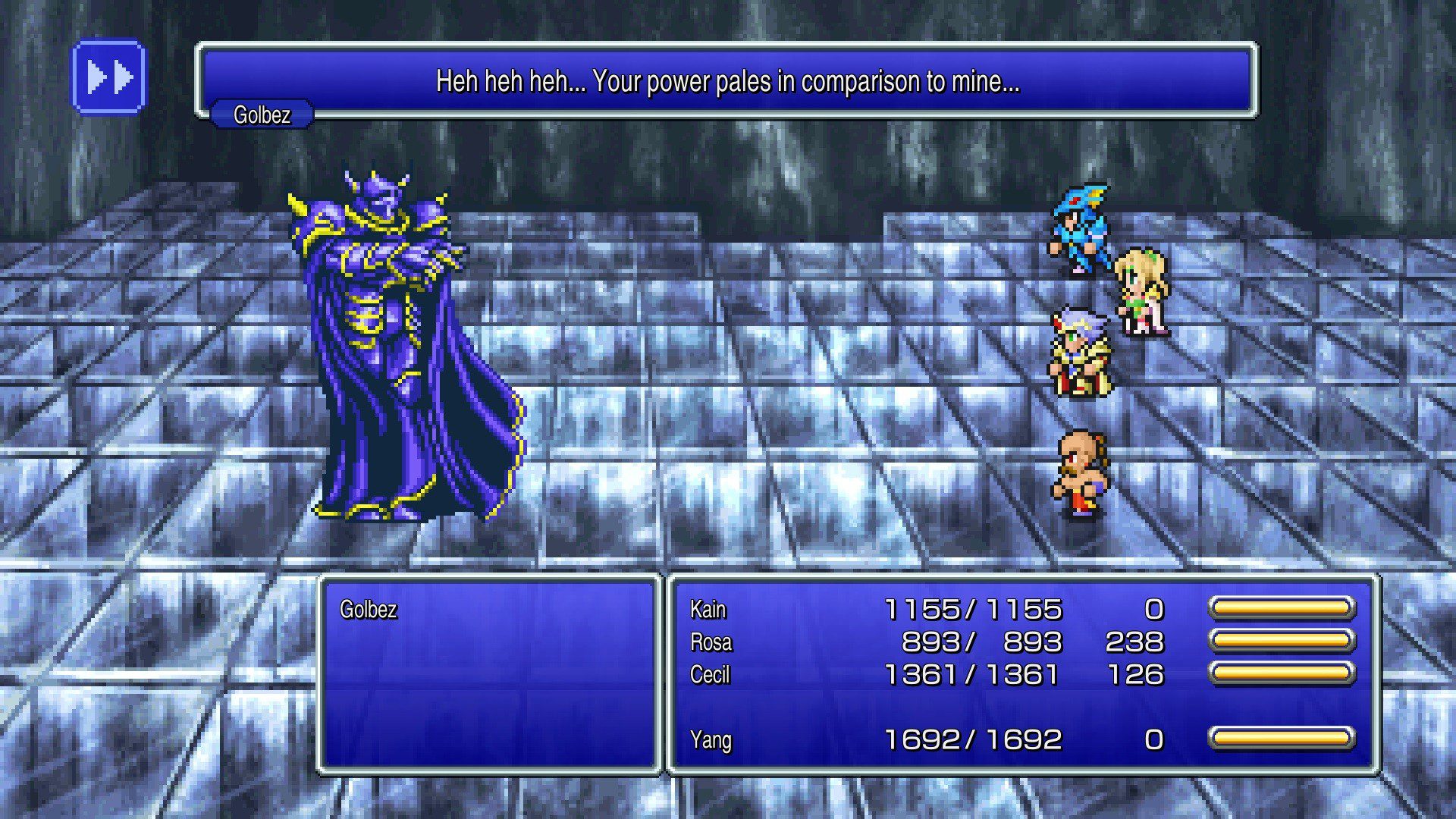 Another one of the pixel remasters for Final Fantasy is launching soon. The Final Fantasy IV remaster will land on PC and mobile on Sept. 8, Square Enix confirmed today.

The Final Fantasy remaster will arrive with updated pixel graphics, a rearranged soundtrack overseen by the original composer Nobuo Uematsu, and some gameplay touch-ups. That includes a “modernized” user interface and auto-battle options. There’s also some supplementary materials, like a bestiary and illustration gallery.

A story of betrayal, sacrifice, and redemption awaits you.#FinalFantasy IV pixel remaster is coming to PC and Mobile on September 8th. Pre-order on Steam for a 20% discount: https://t.co/CGyiK6laXO pic.twitter.com/Kpl5CbU39e

The pixel remasters caused a bit of a fuss a while back due to the fonts they used, though Final Fantasy fans have already developed workarounds for the PC versions. Also, the Steam description for the Final Fantasy IV pixel remaster says it is based on the original Final Fantasy IV released in 1991, so features and content from previously re-releases “may differ” from this version. At least the After Years are also still on Steam.

The remasters for Final Fantasy V and VI are still forthcoming, and honestly, those are the ones I’m most looking forward to, personally. Final Fantasy VI is one of the biggest gaps in my RPG experience, and Final Fantasy V has always seemed like an interesting curiosity to me. No date’s been set yet for those two.