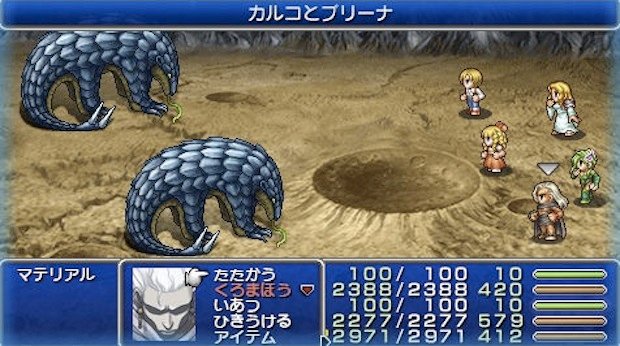 Final Fantasy IV Interlude will finally be playable in the PSP title Final Fantasy IV Complete Collection, set for a March 24th release in Japan. It’s a whole new chunk of RPG goodness that fills in the story Final Fantasy IV and The After Years. It takes place a year after the first game ends, and you play as Cecil.

Siliconera got a chance to play a bit of it and they say that this new content is about 15 hours long. Nice! That’s way bigger than I would have guessed. I guess there’s a lot of story to fill out here.

Here’s how it starts off:

Cid and Cecil race in their airships from Baron to the restored Damcyan Castle. Instead of corpses, the party is greeted with living guards. Palom, Porom, and Yang are already waiting in the throne room where Edward makes a speech.

It seems that Cecil and Rosa start out at about level 30 in Interlude. Also, the battle system is based on the FFIV Super Famicom version.