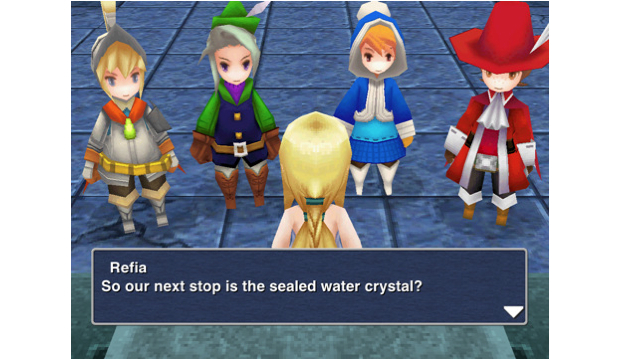 Final Fantasy III came out for the iPhone recently, and now an iPad version follows. It looks really nice! Square Enix says that it has improved visuals for the iPad, and that the interface has been optimized for the tablet format.

This bigger, better version of the iPhone game (which was a DS game before that) is only going to cost you $1 more on the App Store today. It’s $16.99. While I appreciate the graphical bump and control tweaks, Square Enix could have just as easily made this a Universal App. They didn’t need that $1. Kind of a dick move, guys.

If you have both devices, get that iPad version. As you can see from the screens, it looks great.