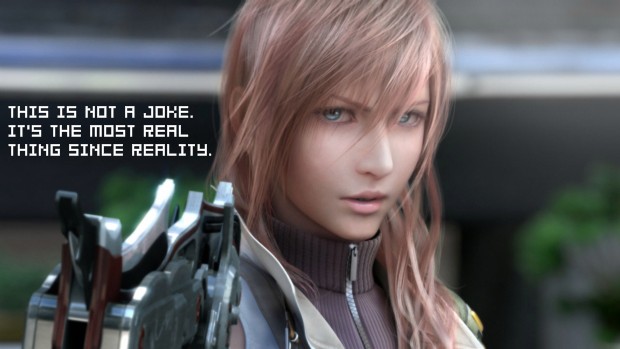 Man it is so great to see Square Enix take Final Fantasy voice acting in a different direction with Final Fantasy XIII. I think we were all getting a little tired of winey protagonists, annoying female companions and gruff voiced black guys. Now we have the real characters we’d all been wanting. IGN got their hands on this uber-real English dub of the game. Again, I stress that there is nothing fake about this. It is the most real English version of a game ever put on the internet, ever — in the entire history of the internet. In fact it’s so real that not even the Real World is as real as this trailer.

I also find it odd that this trailer of such great realism would not call it Final Fantasy XIII, but Final Fantasy Ex Eye Eye Eye. I had no clue they were changing the English name of the game, but there you have it. I’d also like to offer a round of applause to Square Enix for including what is clearly and openly gay hero in the game. Yes, the reality of this trailer is so very real.