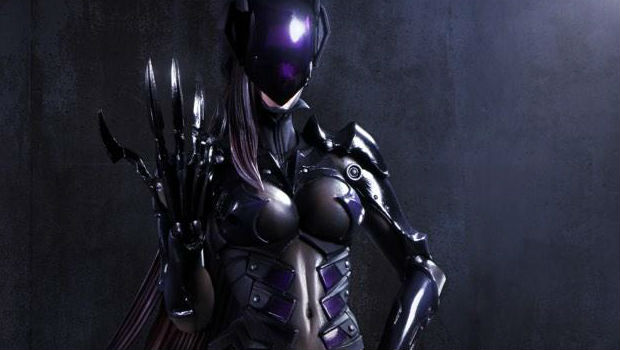 She looks like she belongs in a Metal Gear Solid game

A few months ago we saw the Batman Play Arts Kai figure crafted by Final Fantasy character designer/director Tetsuya Nomura. Well he’s at it again, and this time he crafted a new Catwoman figure.

All in all she looks like a mixture of Jehuty from Zone of the Enders, a boss from a Metal Gear Solid game, and the Alien from Alien. I guess it’s better than being half man, half bear, half pig.