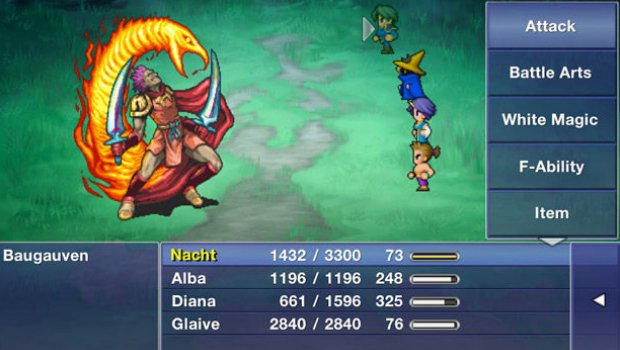 Square Enix and arrogance go hand in hand. The company has shamelessly charged premium prices for mobile games in the past, but its latest effort, Final Fantasy Dimensions, will be expecting as much as many 3DS games demand — costing at least $28.99 when it comes to iOS.

The price has been broken up, so at first it doesn’t seem so bad. An episodic game, the first chapter will set you back $2.99. However, the subsequent three chapters — as if they were second-issue collector magazines from the nineties — bump the price up. Episodes two, three, and four will cost $6.99 each.

If you want it all together, that’s $28.99 for a bundle. And you thought the sixteen bucks for the Final Fantasy Tactics port was bad!

Will the Final Fantasy name be enough to get people to pay thirty dollars for an iPad game? Probably, and that’s why Square Enix does it.