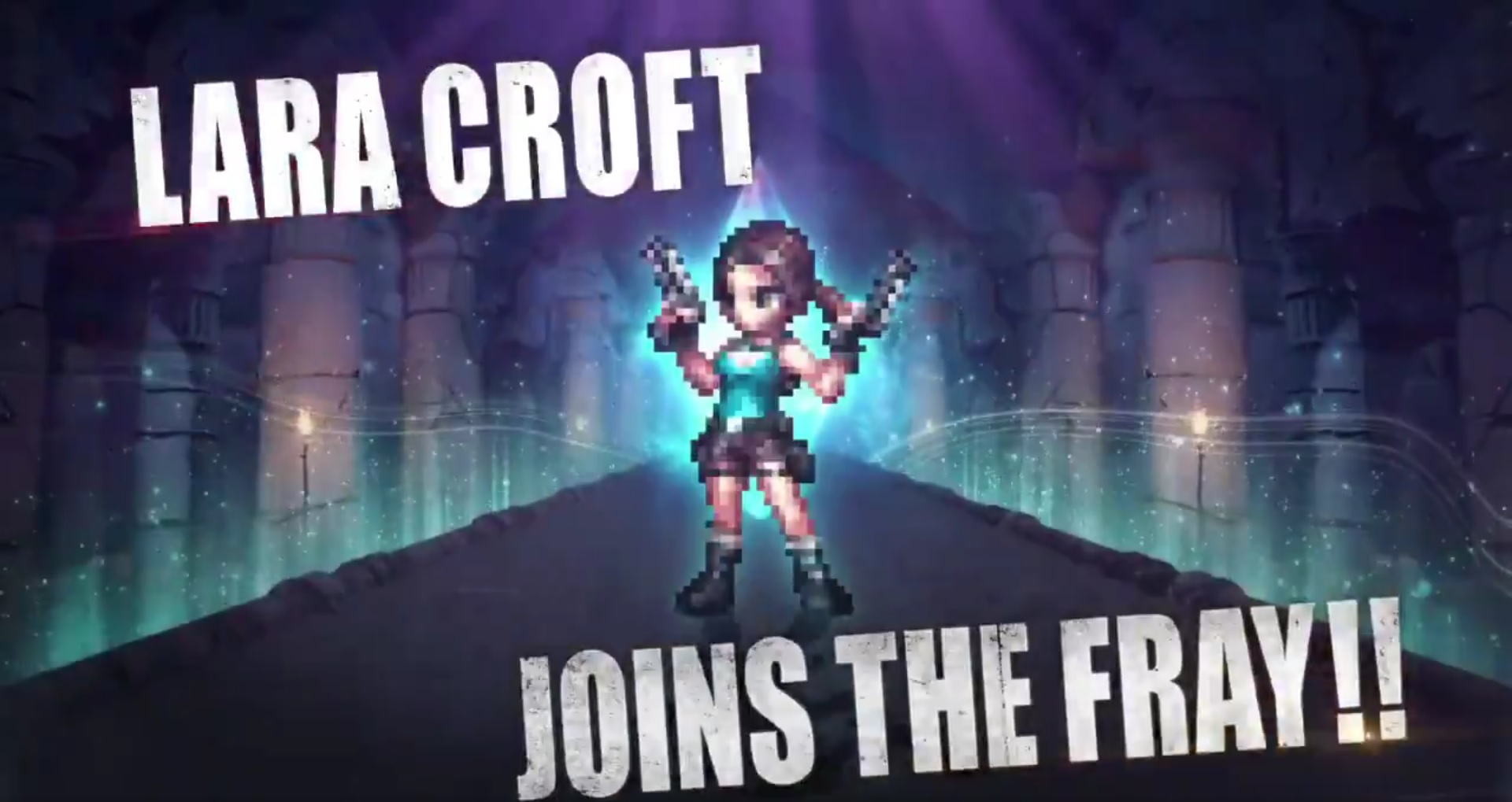 But not Alicia Vikander

Final Fantasy: Brave Exvius is no stranger to crossover content and this Friday will see the introduction of one of gaming’s leading ladies as a playable character. Lara Croft will be battling alongside Ariana Grande and 2B on March 9. I’m not sure what deity allowed that to happen, but I’m eternally grateful.

In an odd twist, this version of Lara seems to be based off of the one from Temple of Osiris instead of the reboot or even upcoming film. I would imagine getting Alicia Vikander into this game is not something Square Enix wanted to pay for, but it also doesn’t really tie into the new film all that well.

Whatever the case, details are scarce for how long Lara will stick around for. I’m sure we’ll learn more once the DLC lands.