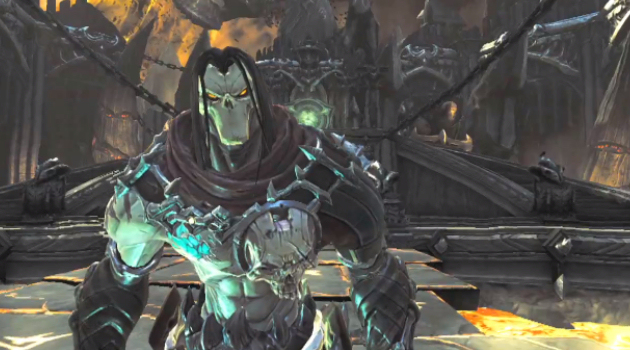 THQ has released the last gameplay trailer for Darksiders II before its launch next week. The video, titled “Know Death,” is narrated by the skull-masked misery-guts himself, as Death provides his perspective on the latest Darksiders adventure.

One thing I’ve really liked in my time playing Darksiders II is Death’s character. While he’s got the typical brooding darkness thing going on, he’s also got a deadpan wit on him and displays an enjoyable disregard for the living. His voice is fantastic too, gravelly and gritty, but with a certain eloquence to it.

Our review will be available on August 14. As will the game.