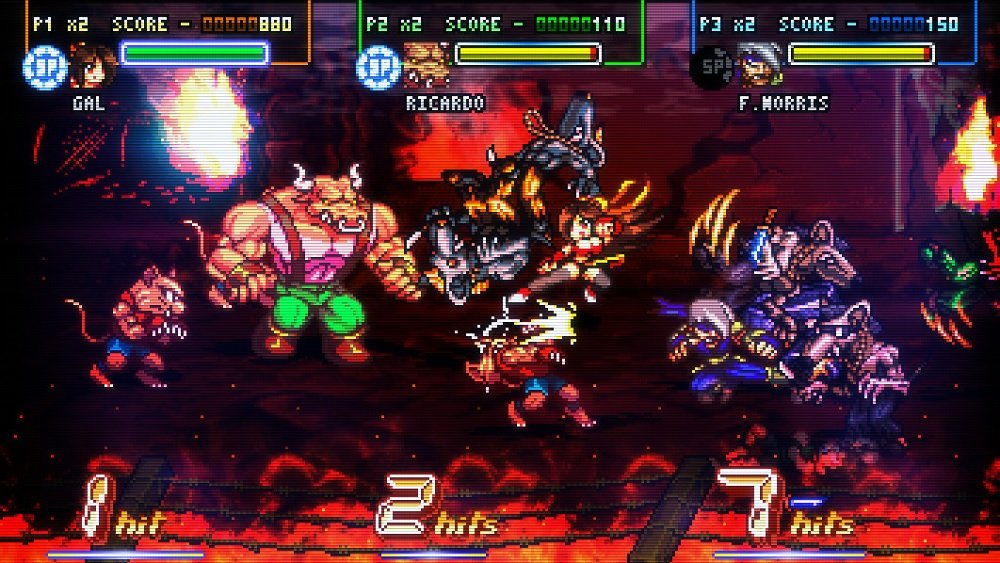 A spectacular love letter to the beat-’em-ups of yore

As you may or may not know, I’m a huge fan of beat ’em ups/brawlers. It’s a love which comes from a youth misspent in arcades, resulting in Capcom’s Final Fight being, arguably, my favourite video game of all-time. However, ask me which is the best beat ’em up of all time, and my Top Three definitely includes 2017’s Fight’N Rage, now coming to PS4, Xbox One and Nintendo Switch very soon.

Fight’N Rage is a fantasy brawler that understands every nuance that makes the heavyweights of the genre tick, and cranks the dial up on all of ’em. Pulling the player in with gorgeous pixel graphics, cool-looking characters and a blistering soundtrack, Fight’N Rage then surprises with a deep fighting system (which utilises combos, juggles, even parries) and exciting three-player co-op action, all of which combines to deliver an amazing arcade experience.

It doesn’t end there. Fight’N Rage boasts double fistfuls of content. Three unique heroes with deep movesets, a training mode, unlockable skins, the option to play as a range of baddies, multiple difficulty levels, scanline/CRT video filters, a VS. mode, even a custom-designed speedrun option. There’s plenty to keep you coming back for more, not to mention a branching storyline that includes multiple endings.

But what makes Fight’N Rage truly impressive is that it’s the result of the hard work and effort of just two people: Sebastián García (Seba Games Dev) is responsible for the game’s design, graphics and code, while the game’s excellent soundtrack is composed by Gonzalo Varela.

Already available on PC, these new console ports will hopefully bring Fight’N Rage to a wider audience, giving it the spotlight it deserves as one of the best games the genre has to offer. If you have even a passing interest in brawlers, keep an eye out for this marvelous melee fest when it hits your chosen platform.

Fight’N Rage is available now on PC and will launch on Nintendo Switch September 26, Xbox One September 27, with a PS4 port coming “soon”.