[Near the beginning of the year, I messaged Virtua Kazama about getting a new post in line with last year’s fighting games of the year. It’s been a long time wait but we finally have this baby up. I’m looking forward to a year of fighting games on my new PS4! ~Strider]

(I apologize for releasing this so late, but this is because I was having a hard time releasing it due to Destructoid’s Anti-Spam ruling.) 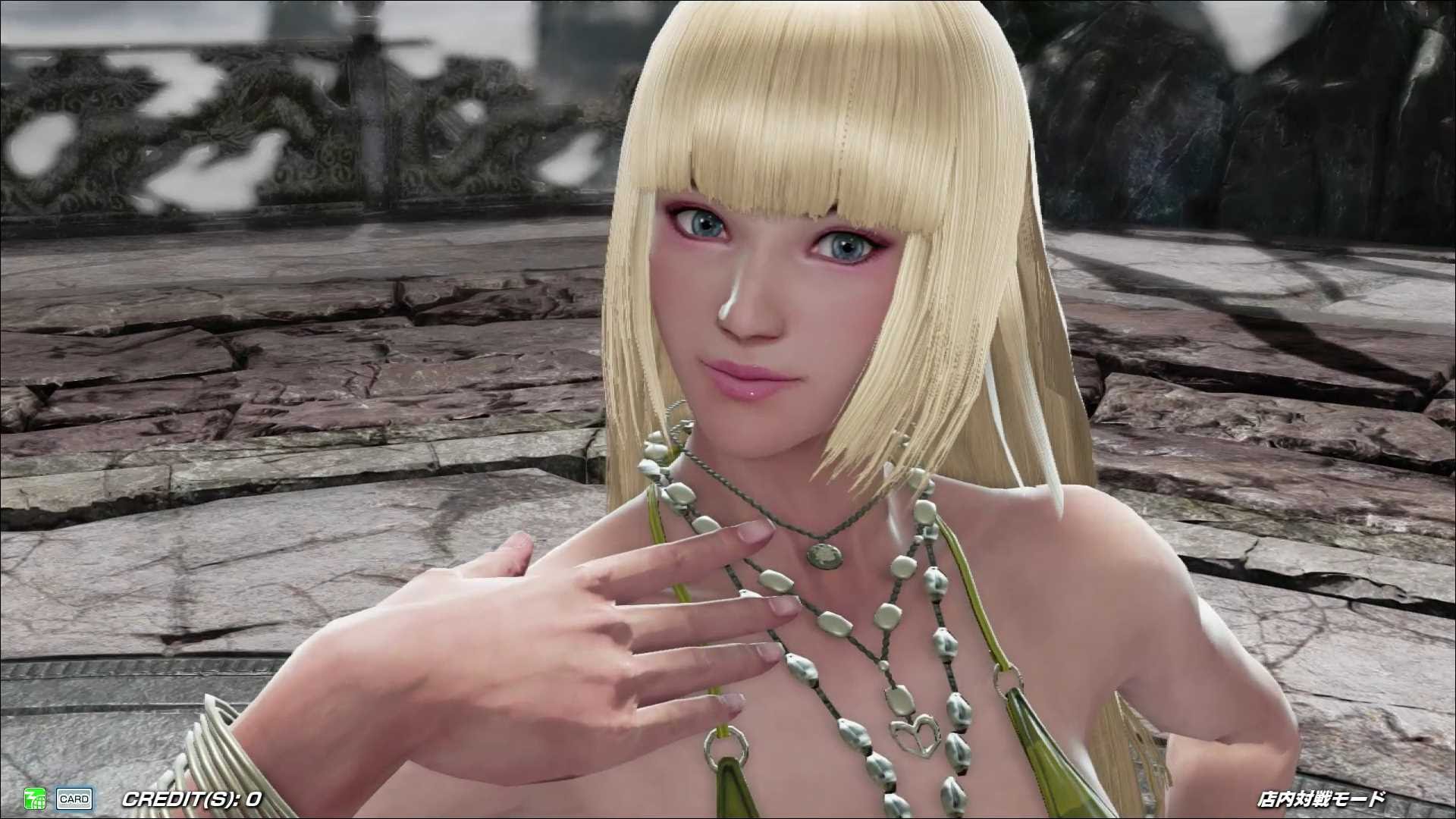 As for fighting game moments… there were several that would become memorable for years to come, such as LI Joe’s rise to fame at EVO 2016, Hungrybox’s emotional win at Grand Finals for Super Smash Bros. Melee, Infiltration telling the entire world “Download Complete,” the salty runback between RealLaw and Pokchop in Tekken 7 Fated Retribution, DOA Veteran FSD|Rikuto taking a huge win at NEC 17 for DOA5 Last Round, Daigo vs. Lupe Fiasco in Street Fighter V, and finally: New Day’s Xavier Woods vs. Bullet Club’s Kenny Omega at CEO 2016.

We have new fighting games coming out for this year, and we also have a new console that is finally out, which is the Nintendo Switch. But enough of the foreplay, let’s get to the fighting games! 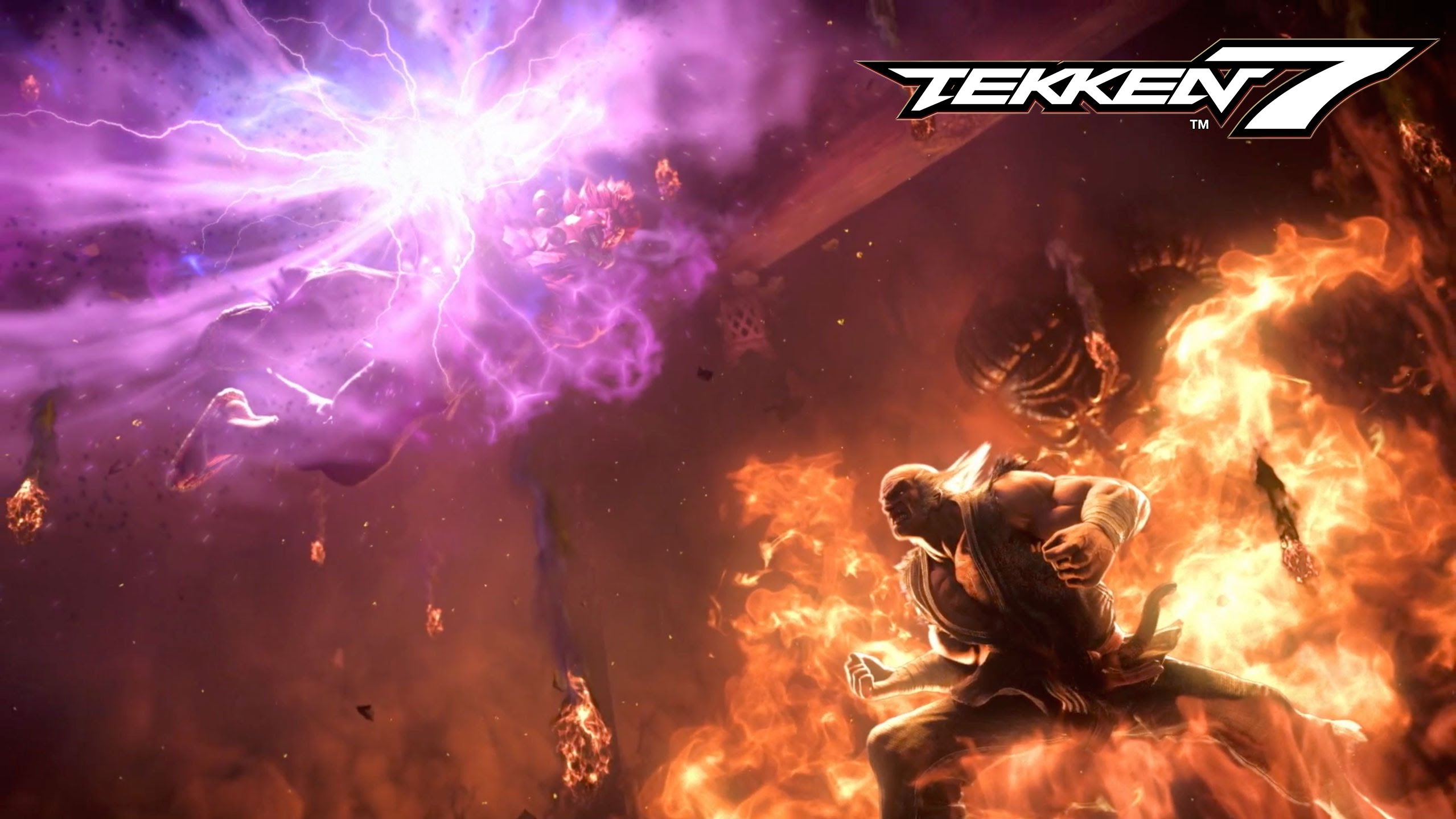 We thought that Tekken 7 Fated Retribution was set for a 2016 release date, but Bandai Namco decided that they needed more time with development of the game. Since last year, we’ve seen new and returning characters returning to the roster such as Nina Williams, Bob, Lee Chaolan & Violet, Miguel, Kuma & Panda, Master Raven, and Eddy Gordo.

In most recent news, Tekken 7 did a collab with New Japan Pro Wrestling. NJPW gave the players customizable Bullet Club and CHAOS apparel, and a special costume for King designed by the current IWGP World Heavyweight Champion, “The Rainmaker” Kazuchika Okada. Rainmaker King’s costume comes with a different Rage Art, which is Okada’s Rainmaker finisher. That’s awesome, right?! Wrestling fans like myself will enjoy this, and hopefully, it gets included in the North American release.

Fated Retribution will have an Online Tournament mode for consoles, which will allow you to play online tournaments with friends or random players. You can also set passwords for your lobbies and you can chat with other players while in queue.

Tekken 7 Fated Retribution (which will be known as Tekken 7 for consoles) will be coming to PlayStation 4, Xbox One, and Steam on June 2, 2017.

Will it be at EVO?: Yes it will be at EVO, and it will be part of Sunday’s Finals. Tekken 7 and the Fated Retribution update both have been at EVO, but only the arcade version has been used. 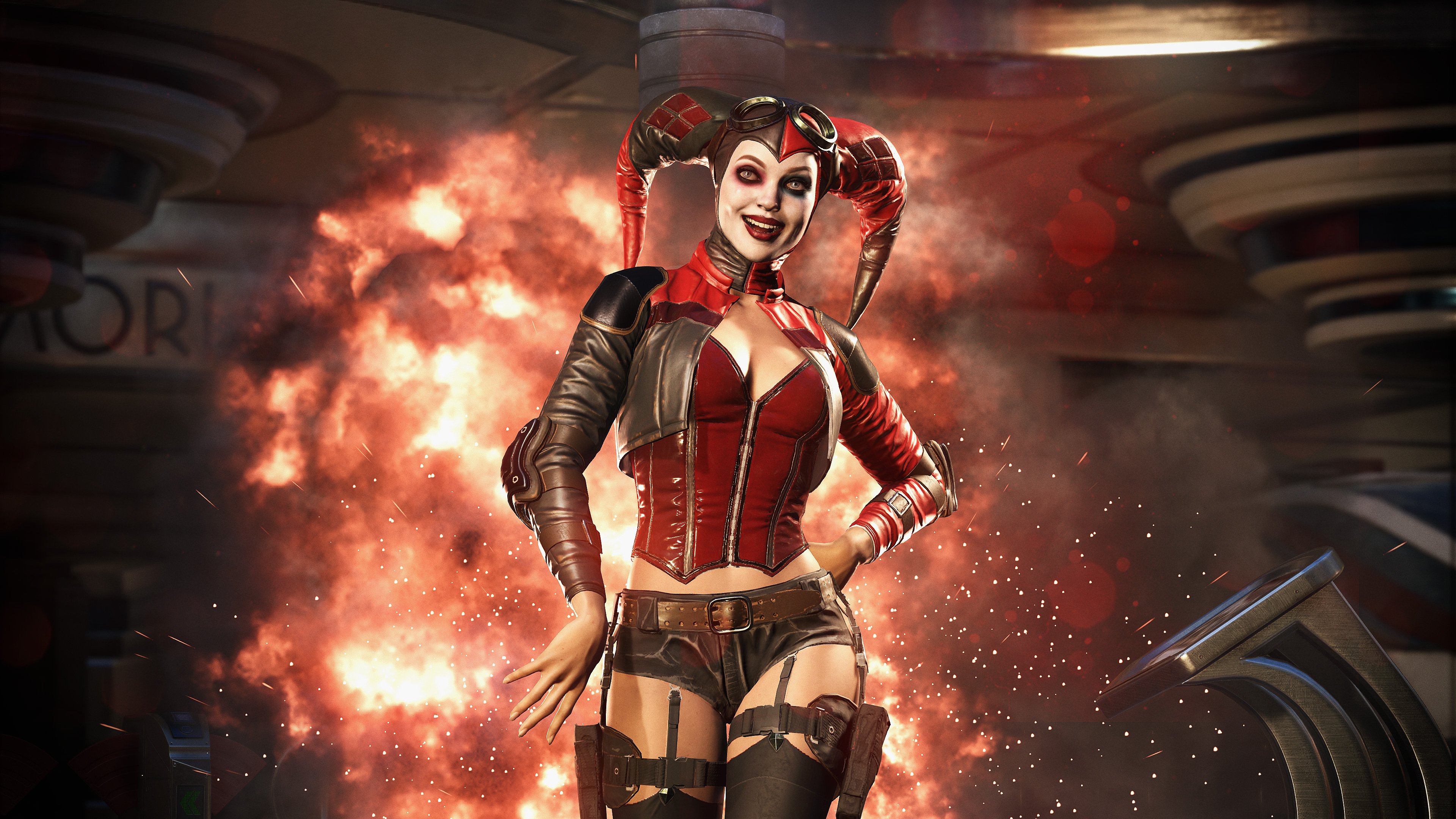 When Injustice 2 was announced last year, we were introduced to several more characters from the DC Universe that will be making their debut in the game such as Supergirl, Gorilla Grodd, Atrocious, Blue Beetle, and Deadshot. As of right now until the next trailer, the characters that are returning to the roster are Batman, Superman, The Flash, Wonder Woman, and Aquaman.

The story continues from the first Injustice game, right after the defeat of High Councilor Superman. Batman and the rest of the insurgency try their best to restore society, while some of Superman’s regime wants to continue his rule. However, a new threat was about to emerge.

For the remainder of 2016, we didn’t hear much about game because of the SAG-AFTRA strike with the voice actors. Because of this, it cause a halt in production with the game for a brief moment. Since then, the production for this game has been put back on track.

Injustice 2 will be coming for Xbox One and PlayStation 4 on May 16, 2017. A iOS and Android port is also coming soon. 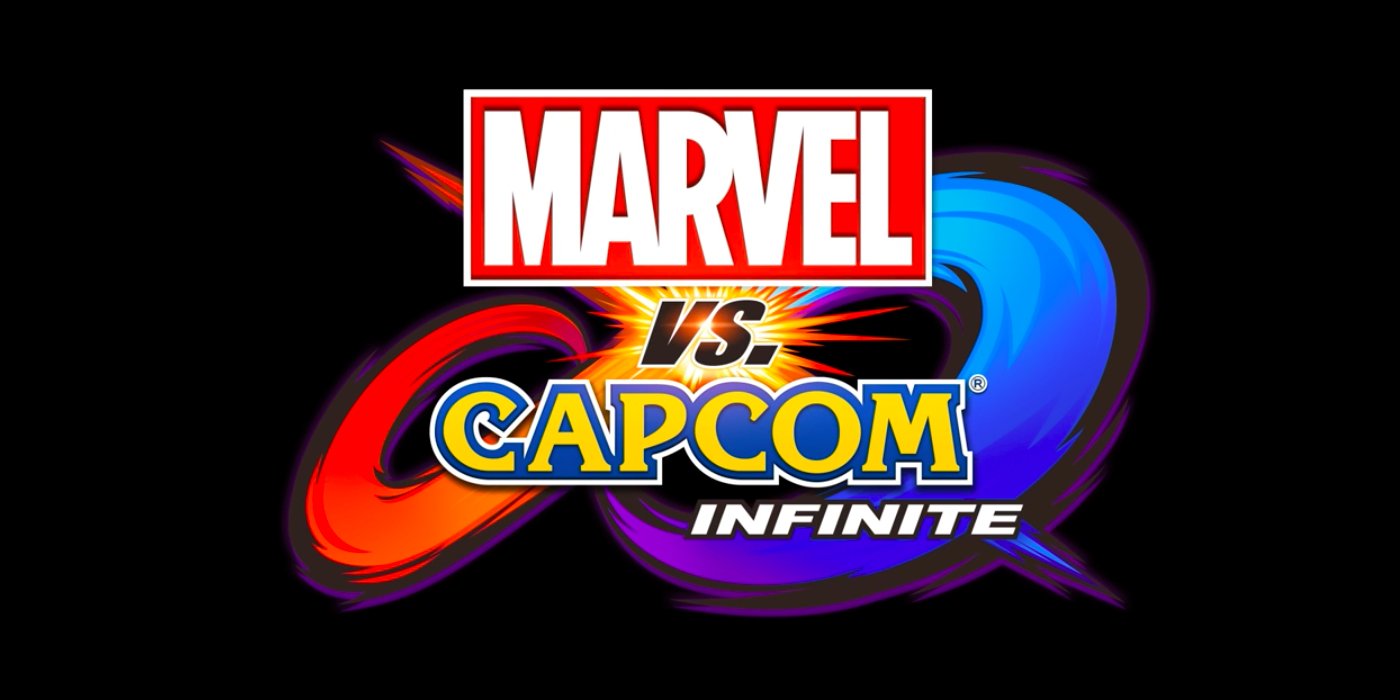 Norio Hirose, who was a programmer for previous Capcom titles such as the early MvC series before Marvel vs. Capcom 2, Capcom vs. SNK, and Project Justice, is the current producer of the series.

MvCi returns to the 2v2 gameplay that was found in past MvC titles and Tatsunoko vs. Capcom, but with a twist. The Infinity Stones is the main mechanic for the game, similar to Marvel Super Heroes. However, the Infinity Stones functions similar to the Groove System in Capcom vs. SNK 2. Each Stone will grant a unique ability to every character such as how the Power Stone boosts strength for example. Assist calling is absent from this game, but it has been replaced with something different. Players can now swap their characters out in the middle of their combos similar to the Switch Cancel in Street Fighter X Tekken. This game will have a story mode, online lobbies, and several single-player modes such as Arcade, Mission, and Training mode.

As of right now, the characters that have been confirmed are Ryu (Street Fighter), Mega Man X (Mega Man X), Morrigan Aensland (Darkstalkers/Vampire), Captain America, Captain Marvel (Carol Danvers), and Iron Man. The Marvel characters are being used from the Marvel Cinematic Universe, and Capcom is reviving characters from old franchises.

Marvel vs. Capcom: Infinite will be coming to Xbox One, PlayStation 4, and Steam this year in 2017.

Will it be at EVO?: Not this year since they are planning a late 2017 release after EVO, but it will make next year’s. 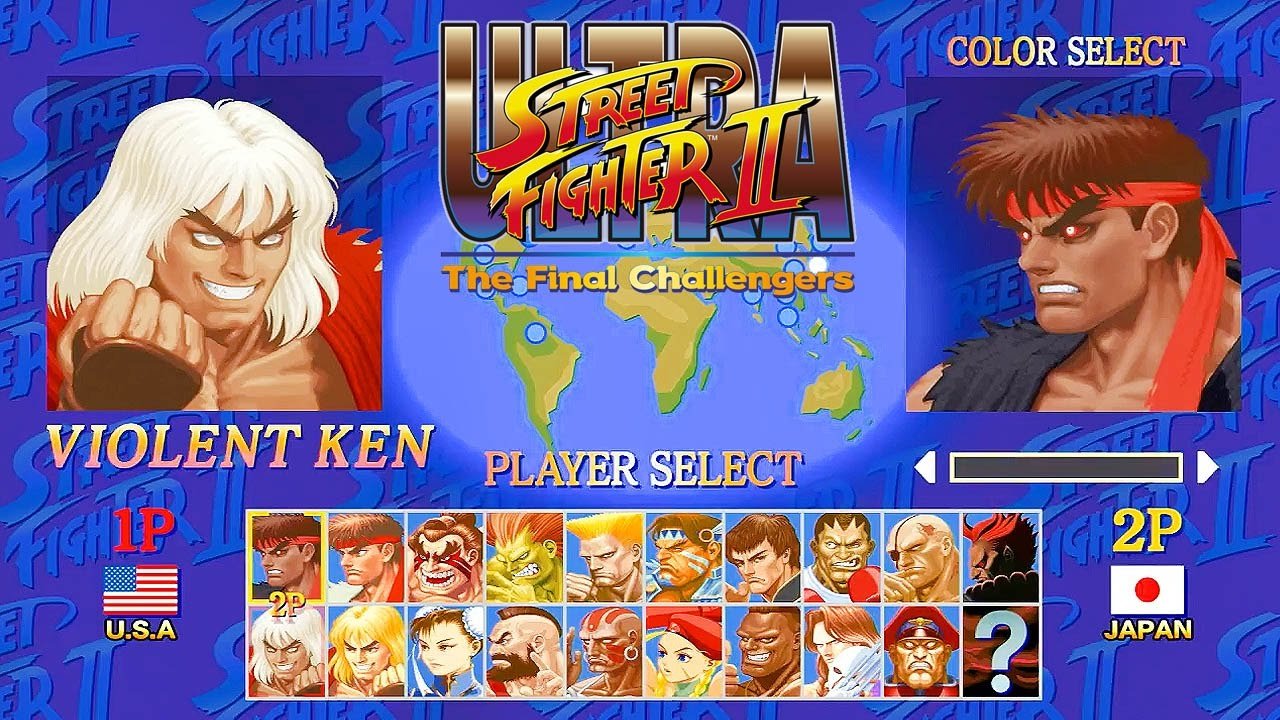 This came out of nowhere, but it seems that Street Fighter is celebrating its 30th Anniversary this year. And what better way to do is to revisit Street Fighter II again?

After the Nintendo Switch presentation, Capcom announced Ultra Street Fighter II: The Final Challengers exclusively for the Nintendo Switch. This game adds two more characters to the roster, which are Evil Ryu and Violent Ken. You have the option to switch the graphics to either Udon-styled HDR or the classic.

As for gameplay, it seems that there are a few changes that are different than both Super Turbo and HDR. Based on what Justin Wong found, it’s possible to tech throws in USF2. In past SF2 games, you could do a soft tech but the only difference is that you take minor damage from it. You can also change your costume color on the character select screen instead of pressing a different button to select your color. Dramatic Battle makes a return to the series in which two players can take on one player at the same time. There’s also Way of the Hadou mode where you use the Joy-Con controllers to throw Hadokens from a first-person view.

Ultra Street Fighter II will be coming out on May 25, 2017 for the Nintendo Switch.

Will it be at EVO?: Maybe as a side tournament. 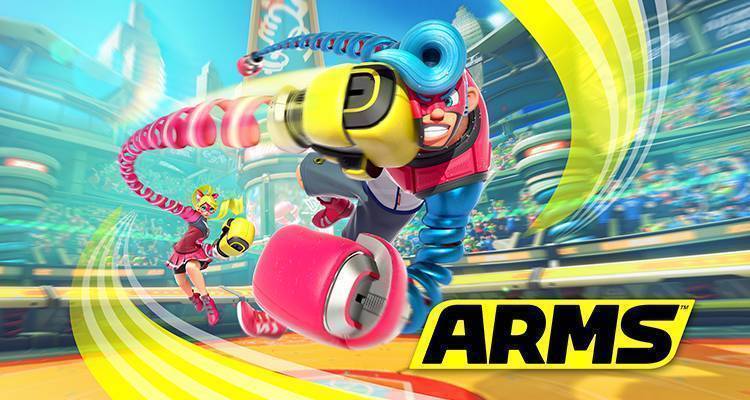 On the Nintendo Switch showcase back in January, we were introduced to a brand new IP in the lineup. It would be a fighting game that would contain long-ranged fighting at its finest. That game is ARMS.

ARMS allows players to perform moves such as punching, blocking, dodging, and throwing. At times, you can reflect your opponent’s attacks in several different ways. There are different types of fists you can use based on the strategy you choose, such as Whip Type, Multi-Shot Type, Curve Type, and Heavy Type.

Will it be at EVO?: It was on the list to appear as the ninth game based on Player’s Choice, but lost to Ultimate Marvel vs. Capcom 3.

DLC Coming For This Year

Outside of the new games that are coming this year, there are also DLC set to be release for previous fighters.

Street Fighter V didn’t have a solid launch last year due to leaving the casual players in the dust, but Capcom made it up with adding additional modes. Now that Season 2 is out with balance changes, we were already greeted with the return of Akuma and a brand new stage. Along with Akuma, we are expected to have at least five characters who will be joining the roster this year in 2017. It has said that these characters are brand new to the Street Fighter universe. Are they from the Udon comics? Were they in Street Fighter V originally as NPCs? Or are they completely new? We’ll find out this year. As of right now, Akuma and Kolin are available.

The King of Fighters XIV marked the revival of SNK and the franchise since they are getting more involved with the Fighting Game Community starting with the KOF World Championship Tournament series. KOF14 recently released a free update that will enhance the game’s graphics, along with more additional colors for the cast. It will also have an arcade port later this year, but we don’t know what will be added. In addition to that, Whip, Yamazaki, Vanessa, and Rock have been added to the roster via DLC and more costumes have been released since then.

[Editor’s note: Guilty Gear Xrd REV 2 is also on the way this year. In addition to bringing back Baiken and introducing Chipp Zanuff’s Chief of Staff, Answer, REV 2 is promising to change up the roster in more dramatic ways than simple frame data changes.]

2017 is looking bright for the FGC this year. With the Nintendo Switch now out, four upcoming fighting games that are coming out this year, upcoming DLC for previous games, and other surprises, it’s a sure thing that the fans and the community can expect something good this year.

Until then… train up, fighters!