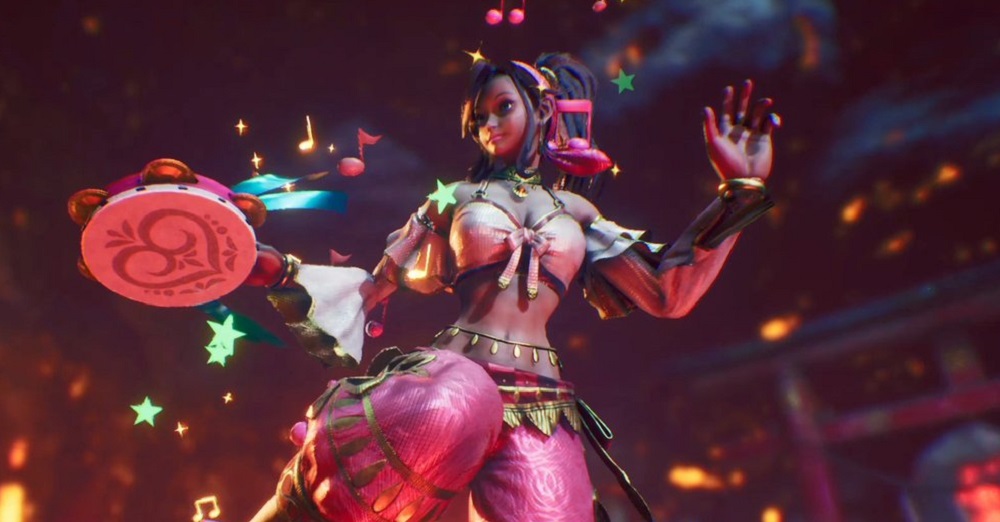 Pullum on the way, Huzzah!

In a very surprising move, Arika has announced that two previously-teased characters, Vulcano Rosso and Pullum Purna, will indeed be coming to their recently released Fighting EX Layer, absolutely free.

In the lead up to Fighting EX Layer’s release, Arika stated that extras such as a PC port or DLC characters would only be financially viable if the game was a huge success, which led many doubters to complain that the team were holding the characters “hostage” to coerce more sales. However, not only will the characters definitely be joining the roster later this year, but you won’t have to pay a penny to play as them. Pretty swish.

Pretty-boy Vulcano Rosso, distinguishable by his outrageous hair and fashion sense, is an Italian fighter who utilises Jeet Kune Do in battle, while the lovely Pullum Purna is a Middle-Eastern heiress who incorporates Arabian dancing into her own beatdowns. There is no specific date for either character, but more details are expected at the EVO 2018 tournament, to be held in Las Vegas next month.