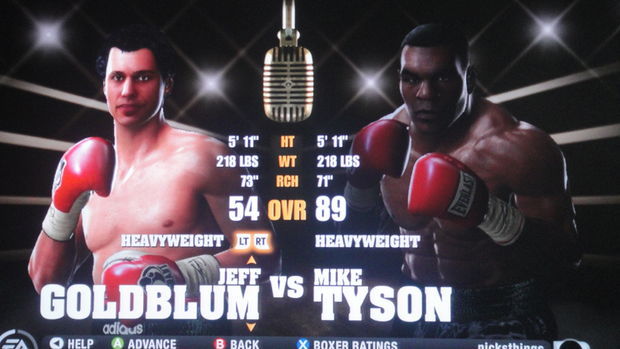 If you had been waiting to pick up Fight Night Round 4, Electronic Arts wants your business. The EA Sports-branded title now costs $39.99 for Xbox 360 and PlayStation 3.

You can use the money you saved to blow on some new downloadable content, which EA has scheduled for this December. The pack will retail for 800 MS Points/$9.99, and will include new playable boxers Bernard Hopkins, Sonny Liston, and Evander Holyfield.

New modes will also be included in the DLC, including “Old School Rules” and “Ring Rivalries.” The latter will allow you to “re-create some of the greatest match ups in boxing history,” with the former bringing “a new take to the traditional boxing experience.” What does that mean? I have no idea. It’ll be a nice $9.99 surprise, I guess.

I already own Fight Night Round 4, and maybe — just maybe! — this is going to get me to strap on the gloves again and step into the ring. How about you?