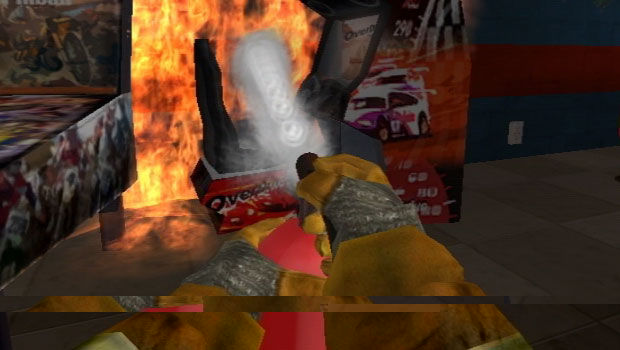 Epicenter and Conspiracy Entertainment have announced that the third-person Wii-exclusive firefighting game Real Heroes: Firefighters has finally gone gold. The game will hit retail shelves on August 4 for $29.99, with portion of the proceeds going to Firefighter Cancer Support Network.

You know, Real Heroes: Firefighters is a game that’s easy to write off. It’s a firefighting game. On the Wii. So I understand. I had similar feelings going into a demo of the game earlier this year; I didn’t expect much.

But I came away impressed with what the small team at Epicenter Studios (a new studio made up of industry veterans) was able to pull off; the game was shaping up nicely. Think Metroid Prime meets Call of Duty meets… fire. Lots of it.

Anyone thinking about giving it a shot this August?