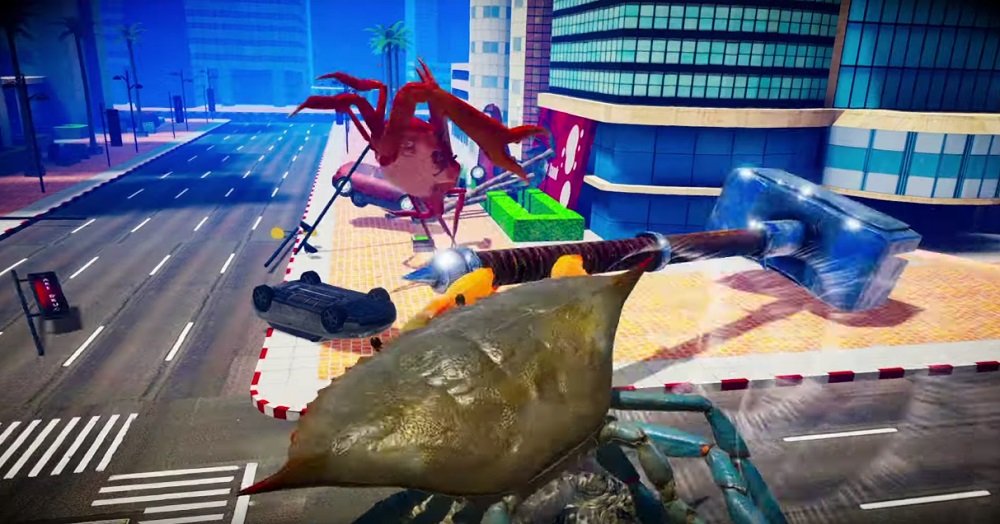 War has never been so shellfish

Developer Nussoft has released a new trailer for their utterly baffling multiplayer brawler Fight Crab, which sees a platoon of the loveable crustaceans laying waste to each other in over-the-top claw-to-claw combat.

Set in “a far-off world” where “crabs were granted ultimate strength and intelligence from the generous gods”, Fight Crab sees these new lords of the ring face off against each other in a selection of low-res arenas, battling it out with an arsenal of weapons including maces, battleaxes, lightsabers and even the odd chainsaw. The first warrior to be flipped onto their back loses the fight and, apparently, “will have no choice but to submit to the pot”. Oh, and a couple of lobsters show up for the ruck too because why the fuck not?

Fight Crab is the latest release in the Neo Aquarium franchise, a run of cult indie titles that combine extreme violence with our friends of the sea. Currently in PC early access via itch.io, players can jump into Fight Crab on PC for $15. A Nintendo Switch release is also planned for later this year. I know you took down that chef, but I’d stay out of this one, Sebastian.

Chris’ Fact of The Day: Crab Sticks do not actually contain any crab. From 1993 manufacturers have been legally obliged to label them “Crab Flavoured Sticks”. Another of those, same time tomorrow.