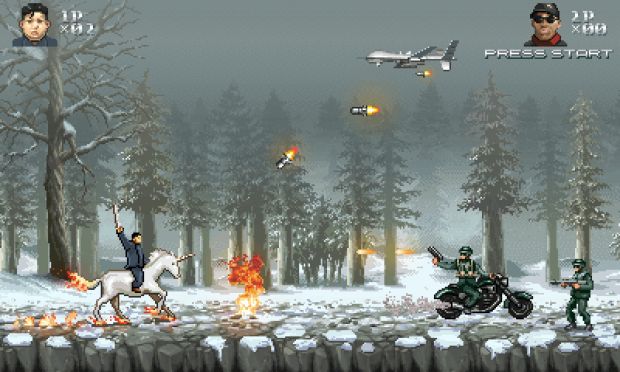 Also Dennis Rodman will help you!

Finally, a videogame where you can play as Kim Jong Un and and fight back against America as it invades North Korea. Wait, what?

Yeah that’s the premise of developer Moneyhorse’s Glorious Leader! The game will offer seven levels where you fight back against the invaders, take on over-the-top bosses (like the Statue of Liberty), and at some parts you can ride around on a unicorn that’s on fire! There’s also two-player co-op with Dennis Rodman

No release date was given, but we can expect Glorious Leader! on PC and mobile devices soon.