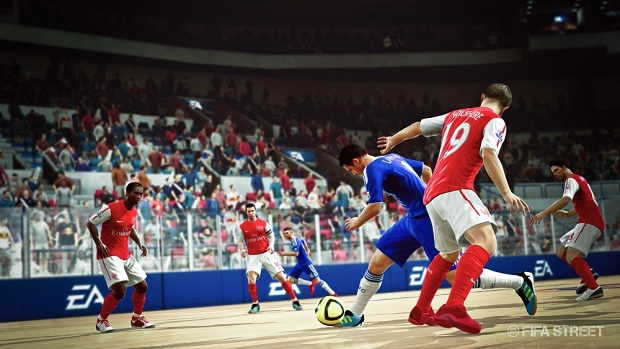 EA Sports’ FIFA Street reboot is almost upon us and so the studio has decided to today announce an interesting new feature; the “Street Network.”

The Street Network will serve as an in-game social network for FIFA Street as it allows players to track each other’s statistics and progress throughout the game and certain modes such as World Tour and Head-to-Head Online Seasons. So you can brag to friends about how you’re ahead of them one day, and then quietly take your seat the next day when someone’s really handed it to you.

The most emphasised feature of the Street Network is the ability to record video clips of gameplay and upload it onto the network for others to take a look at; whether it’s just you showing off a new trick you unlocked or an amazing goal you scored against someone online. To help get people to actually take advantage of this, the Street Network will put on show the best of the best every week — an example given by EA was “Goals of the Week.”

FIFA Street will launch on March 13 for the Xbox 360 and PlayStation 3 and will run on the FIFA 12 engine with its critically acclaimed physics.