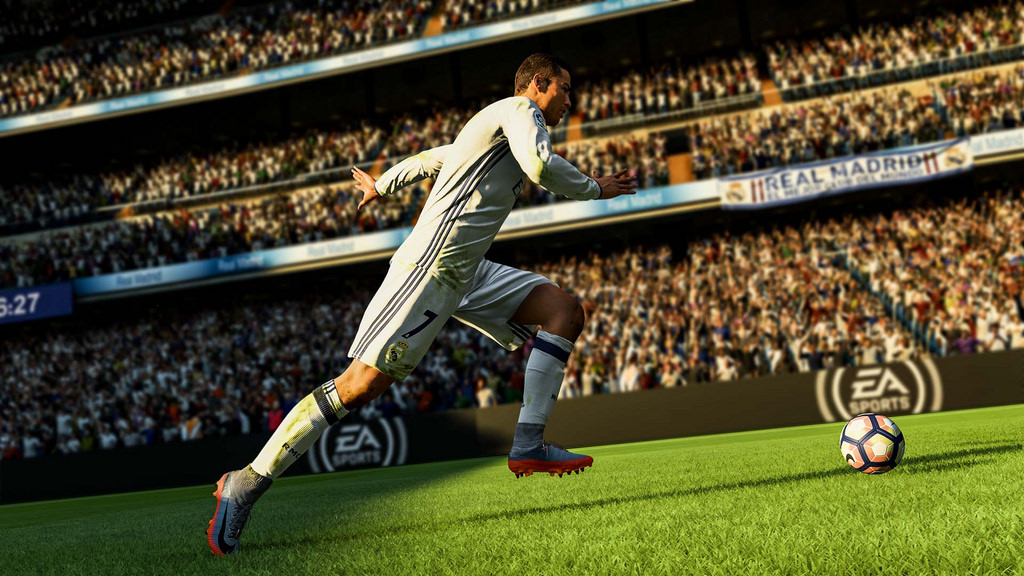 For any of our fútbol fans, you’ll be happy to know that FIFA 18 is coming September 29, 2017. That shouldn’t be surprising, considering that the past seven games have released in the same month, but confirmation is always nice. In addition to that, EA Sports has announced that this new version of FIFA will be dropping the Xbox exclusive “Legends” mode in favor of something called “Icons.”

“Icons” will be present in every version of the game (PC, PS4, PS3, Xbox One, Xbox 360 and Switch), though more details weren’t given. At least if you pre-order (on PC, PS4 and Xbox One), you can get all kinds of worthless crap that amounts to $120 somehow, along with three day early access. The first “Icon” is famed player Ronaldo, widely considered the best player in the world.

If that wasn’t enough to get you pumped, how about this trailer?

If you notice in the small print, the Nintendo Switch version of the game will not be running on the Frostbite engine (which powered previous FIFA games and Battlefield). Switch users will also be losing out on the “Journey Story Mode,” so that is a bummer. EA made mention that “not all features available on all platforms,” so that probably means the last-gen ports are going to be gimped.

If that wasn’t enough, EA Access players will be able to get a 10-hour trial version of the game a full week before it hits retail. I mean, how can you say no to that? I’ll let you come up with a response to that question in the comments.