From what I understand, FIFA 14 is one of the earliest games to be shown consistently running on Xbox One hardware, rather than being demonstrated on PC-based development kits. That being the case, I expected a solid performance from the game from the get-go, and while the build I played wasn’t the final product, it really felt close enough.

Rather than offering up the full 33 licensed leagues, my experience with this build featured several well known clubs from around the world. Playing on pro-difficulty, I choose to play a full-length match as the English Premiere League’s Manchester City against the AI’s Real Madrid — unfortunately, Manchester United was not available — to take place at Old Trafford. The demo was initially set up for head to head matches with human opponents, but I was assured the AI was properly in place, and fortunately they were right. 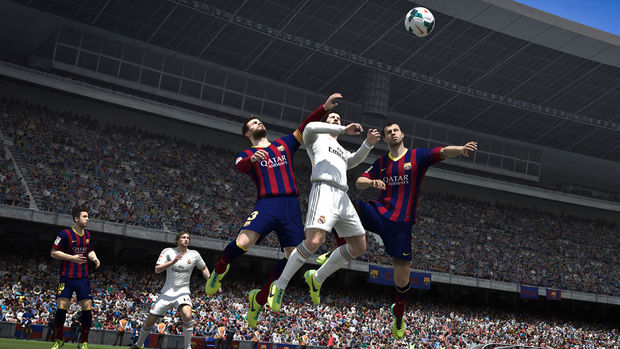 The first thing I noticed right off the bat was that every player felt heavier, and less-floaty than they had in previous installments of the game. It took a bit ot get used to the change, but over time, each movement began to seem a bit more realistic. Apparently this is due to the IGNITE engine’s “precision movement” mechanics, designed to add more depth and detail to the animations. And, while I honestly feel like they’re throwing around a few buzz words there, I can vouch that the FIFA 14‘s mechanics are more polished than ever before.

Set pieces seemed a bit more dynamic, with players actually going out of their way to defend or head the ball without any prompting on my part. This actually made what should have been an easy game far more difficult than I had initially expected. At the same time, it kept me from losing against a few well placed corners. The rest of the gameplay, such as challenges, slides, shots and passes maintain the status quo we’ve come to expect from the series, although some of the more dynamic shots, such as bicycle kicks, look stunning in the replays. 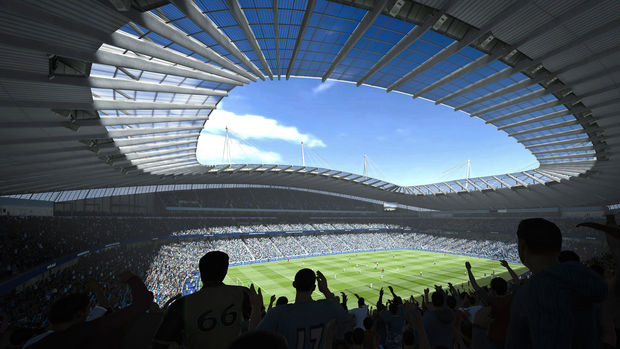 Visually speaking, the crowd at the stadium looked surprisingly sharp, and not simply copied and pasted throughout. It’s safe to say there’s at least enough variation to prevent that from becoming an eye sore. Full stadiums are now rendered in their entirety, complete with outside shots of each stadium and their surrounding geography. It’s a neat feature to have, but at the same time, little more than a cosmetic face-lift. There are a few other visual improvements stand out, including everything from wrinkles on players uniforms to the blades of grass on the pitch itself.

Interestingly enough, the wrinkles on the uniforms appeared more like static images, rather than transitioning dynamically. When asked, I was told that because it’s the first year they’re implementing that specific feature, they’re hoping to improve it in future installments — an adequate excuse, I suppose, especially considering the game gets an annual installment. 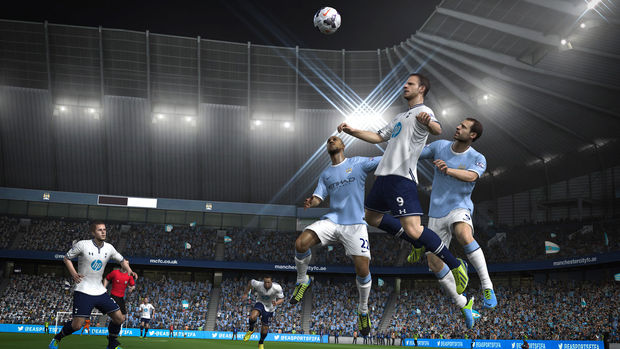 In the end, I enjoyed my time with FIFA 14. It’s safe to say the next-gen installment delivers more than a kit update. Those of you who’ve managed to hold out will be in for a treat.

Filed under... #EA Sports#FIFA#FIFA 14#next gen