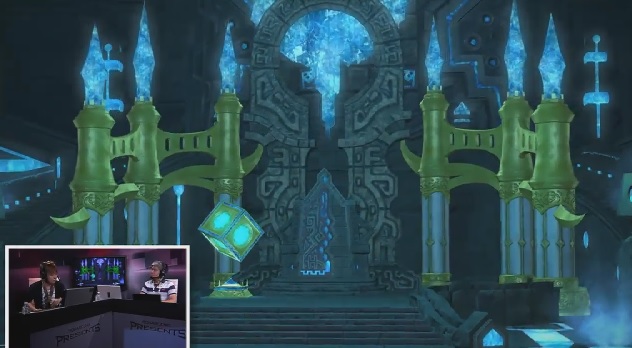 Final Fantasy XIV producer Yoshi-P is sharing some more info today live from E3, by way of his producer liveletter series. New Chocobo colors are confirmed, though they are purely cosmetic — Chocobo raising will come much later, possibly in the Gold Saucer patch.

Personal rooms will be coming in a future patch, priced tentatively priced at 300,000 gil, which is extremely reasonable — but for now you are buying a room in a Free Company house. There’s no gardening allowed inside your personal room, but furniture is fair game. They’re roughly the size of a small house — which is a tad larger than an Inn room.

Also, there are more details on the second part of the 24-man Crystal Tower raid. Firstly, it’s crafted with roughly the same amount of difficulty in mind, so “everyone can enjoy the content.” You will not be able to prepare a 24-man alliance just yet — that will possibly be coming in patch 2.35, but nothing is set in stone.

A remixed (and beautiful) rendition of the Final Fantasy III song “Eternal Wind” can be heard in the stream’s background during the Crystal Tower segment, and the locales in general have a lot more detail than ever before. Just like the first portion during its 2.1 launch, there will be a weekly loot limit for this section.

A new story questline will arrive in 2.3, and it will involve the delivery Moogle. The only thing we know about the story so far is that it will not involve Gilgamesh, and that the team doesn’t want to “overdo it” in terms of retro references. Solo endgame dungeons and 4-man endgame was teased, but will not be appearing anytime soon.