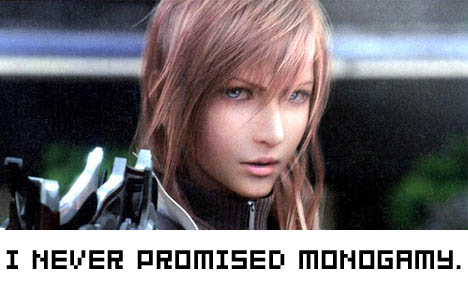 FFXIII going the way of Assassin’s Creed and Virtua Fighter 5? Can it be? According to Georges Fornay, president of Sony Computer Entertainment France, it just might. In a recent interview with Fronsh newspaper Les Dernières Nouvelles d’Alsace, Fornay discussed the astounding development costs of next-gen games and the effect those costs are having on the PS3’s library of exclusive titles.

“The development costs of games have exploded, and it has become more difficult to have exclusives, outside of our own games…

…As far as Final Fantasy XIII goes, I can tell you that the exclusivity is in discussion.”

That’s not exactly concrete proof, but when you stop to consider that Hironobu Sakaguchi (creator of the Final Fantasy series) has called the 360 an “Excellent development platform” and been heard to say things like “I don’t like the PS3’s architecture,” the idea isn’t so far fetched, especially since FFXIII‘s White Engine is multi-platform. What do you think? If you suddenly had a choice, which console would you want to play it on? Would you still want a PS3 if you don’t already have one?

Filed under... #Final Fantasy#How many wolves have to die?#Square Enix