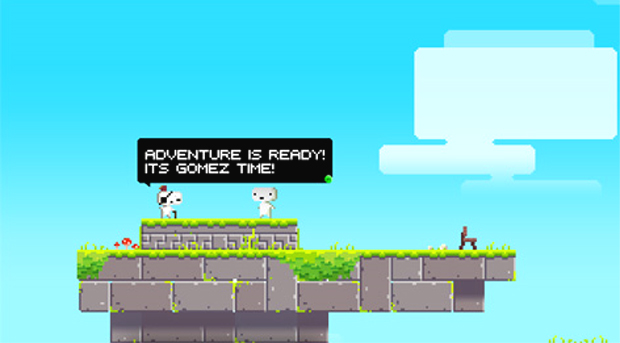 [Update: We posted the full, unedited ten minute interview below. It has some additional information and footage.]

After years of waiting, I finally got to play Fez at PAX East last weekend. Good lord, this game is intense. It makes you feel like you are actively being cuddled by a giant, one-eyed kitten. It’s weird — you don’t know exactly what’s going on or what it’s going to do, but God damn it, you can’t help but love it.

Along with Sword and Sworcery (video preview pending for next week), I don’t think I’ve played a pixel-based game that gave me this strong of a sense of place since… Super Metroid maybe? Yeah, I know those are fighting words, but everything about Fez; the graphics, the music, the characters, the perspective-mending gameplay hook, they’re all just so captivating. I want to explore every inch of this world.

Also, did you know that Paul Robertson (of Scott Pilgrim and Pirate Cabana fame) did the animation for the game?