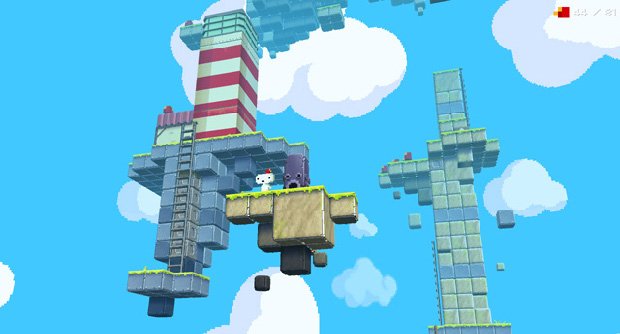 Just like in movies and music, different aesthetics in videogames imply different levels of commercial ambition. See a film that’s entirely in black and white with funny looking non-actors, or hear a song played with aggressive, sloppily played, distorted guitars, and you’re likely to get the feeling that artists in question are more concerned with expressing their ideas than creating something with much potential for mainstream acceptance.

For a long time, “8-bit,” low-res, made-by-hand sprite artwork has occupied that space in the videogame industry. See a new game that looks like something from the NES or Commodore 64 era of gaming, and you immediately think “indie.”

Phil Fish, developer of the polygon/pixel hybrid game Fez, thinks that the association between sprite graphics and the indie scene may be changing. Here’s why I think he’s right. 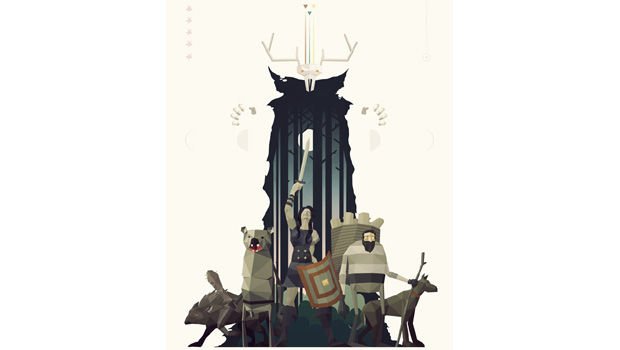 The reason pixel art is popular with hobbyist and independent developers is that it’s fairly easy. It’s manageable, and there are a lot of good tools out there. It’s not just a retro-nostalgia thing. It just makes making 2D art assets that much easier, and as we start seeing more elaborate 3D games from hobbyists and independents, I think we’re gonna start seeing a lot more stylized low-poly, no-texture Sega Saturn type 3D graphics. Again, not just for the retro kicks, but to keep 3D art asset creation manageable. Once you embrace that low-fi aesthetic, you simplify your life A LOT. It greatly lowers the bar of entry.

There’s gonna be a huge revolution in 3D games soon as indies start experimenting more with what you can do with 3D space rather than spend 15 years making slightly more photo-realistic space marines running around on flat surfaces. All the time you won’t spend painstakingly creating an over-elaborate sub-surface scattering map, is time you can spend really exploring the polygon. Here’s a soundbite for you — THE POLYGON IS THE NEW PIXEL.

Thanks for the soundbite, Phil. I’m going to take that bite and run with it. 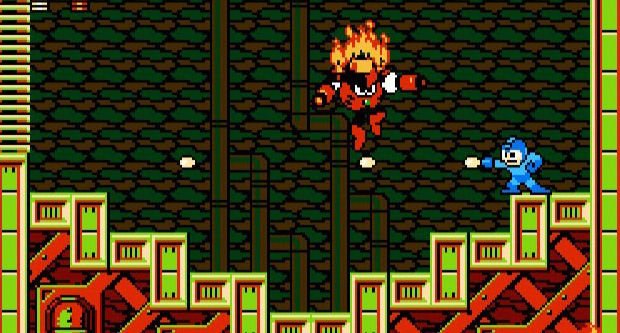 When Mega Man 9 brought the 8-bit look back to the mainstream, it permanently changed the way gamers perceive the low-res sprite. For years, people associated the love of old-school graphics with a genuine love of gaming, bereft of intent to impress the masses or turn a profit.

When Mega Man 9 went on to make a huge profit, that all changed. “8-bit” was no longer seen as the visual language of the true videogame fan. Instead, they were seen as a fast an easy way to cash in on nostalgic adults in their 20s and 30s.

In short, 8-bit graphics have lost some of their “gamer cred.” Sure, there are plenty of games that utilize this look to express a genuine love of gaming as a unique art form (Sword and Sworcery and Retro City Rampage are two examples that immediately come to mind), but on the whole, low-res sprites don’t have the cultural significance that they used to.

It’s sort of like how after Oprah used the term “bling bling,” teenage gangstas immediately removed those words from their vocabulary. After 8-bit graphics started popping up in music videos, ads for the Black Eyed Peas, and TV commercials, they just weren’t indie anymore. 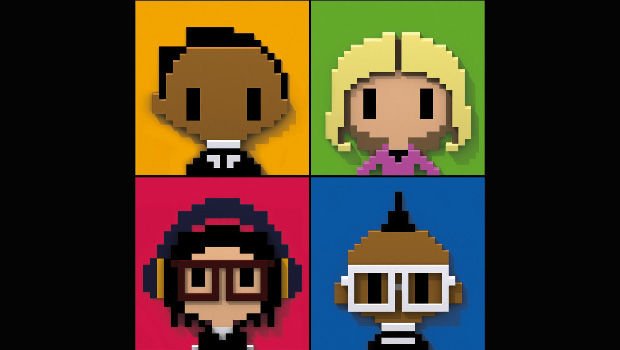 That’s where low-res polygons step in. Like Mr. Fish says, they have a lot of the same strengths as low-res sprites. It doesn’t take a huge team or tons of money to create a game made of low-res polys, and in the right hands, they can look amazing.

Games like Minecraft, Toribash, Bit.Trip RUNNER, the games of Kenta Cho, and the Katamari series have proven that the “Voxel” look can resonate with a cross section of the gaming community. I hope that Mr. Fish is right in thinking that we’ll be seeing more and more games embrace that look as time goes on.

It will be especially interesting to see if enough low-poly-looking games go mainstream, if they too will lose their indie cred. If so, what other look will step in to take their place? Could vector-based graphics make a comeback? Digitized “live-action” sprites like in the original Mortal Kombat games maybe?

As a fan of all types of graphics, I’d like to see an equal opportunity for every type of game to make it big, but could anyone ever want to play a game that looks like Pit Fighter ever again?