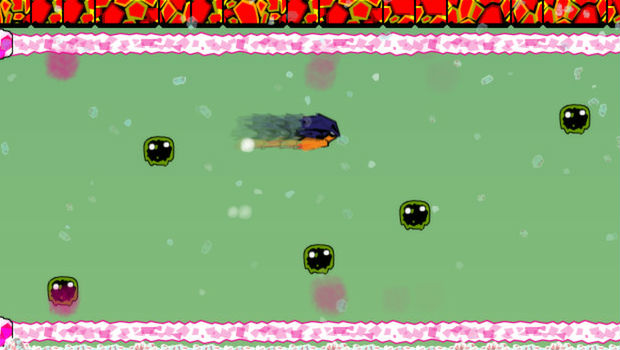 Not quite as good, but still good for a fix

Fenix Rage was recently released by developer Green Lava Studios, and in short, it’s basically a take on Super Meat Boy‘s time trial platforming gameplay. Every map consists of a cookie (band-aid) to pick up, and a goal to reach — it’s that simple. You’ll be timed along the way, and various obstacles, enemies, and pitfalls will keep you from reaching the goal on time.

The cool thing about Fenix is that it’s pretty easy to pick up and play, since all of your tools are available from the start. The titular character can jump in the air at will at any time and dash forward, essentially making his movement limitless. It allows for the level design to get more interesting early on, opening up more sprawling maps with tons of hazards. If you die, you restart the stage almost instantly — which you’re going to be doing a lot of.

Visually Fenix isn’t all that interesting or original, but it’s incredibly well crafted where it counts — the gameplay. If you’re on the fence about the game in general and are a huge Meat Boy fan, wishlist it and wait for a sale.