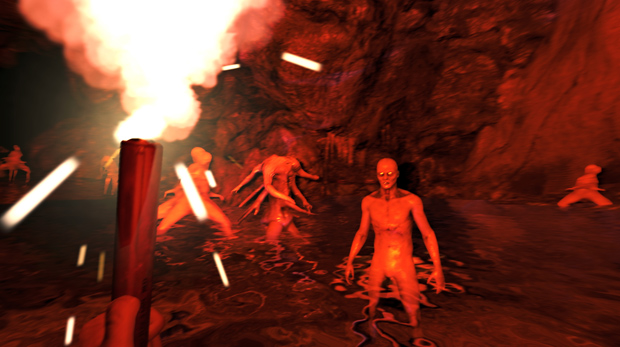 There’s this Discovery show called Naked and Afraid in which two nude strangers survive in the wilderness for three weeks. It’s alright but the novelty wears off fast. Imagine how much more entertaining it’d be if there were cannibal mutants scurrying around.

Until American television reaches that point, here’s the next best thing: cooperative play in The Forest. Endnight Games has released an update that allows players to pair up. It’s also “slowed down [the] tennis ball throw massively” so they can play catch. How thoughtful.

Co-op is rough in its current state — reminder: The Forest is still in Steam Early Access — so hold off unless you’re okay with bugs or curiosity has gotten the better of you. Endnight intends to smooth out the experience and support more than two players with future patches.