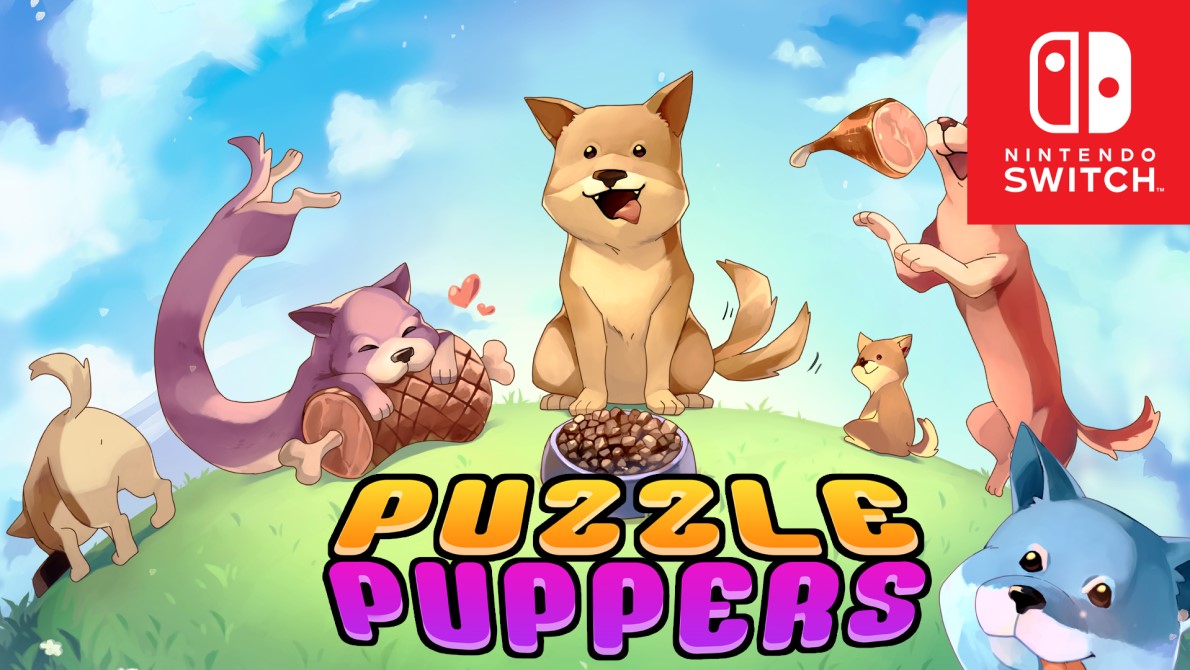 I’ve written about games featuring cats before. Cats are alright, I suppose. A bit finicky. Morose. Horrible, sometimes. Dogs, though? Dogs are where it’s at. They’re loyal, they drool on your head when you’re sleeping and lie on top of you even though they’re 50 lbs. and it’s really not comfortable. But oh well, they’re dogs so nobody cares. They’re truly the best.

So here’s good news for fellow dog lovers and Switch owners: Puzzle Puppers is coming to the Switch!

Puzzle Puppers is an adorable puzzle game featuring very hungry and even more stretchy dogs. You’re tasked with getting the front end of your pup to a food bowl, while traversing rivers, chasms and holes in the ground along the way. Players can explore over 80 levels, finding secret hams and new friends, two of my very favorite activities, as they solve increasingly challenging puzzles.

In this humble taco’s opinion, there really needs to be more games featuring dogs. Not just a sidekick dog, or one that’s essentially tearbait, or dogs that are enemies you have to shoot, but fun-loving puppies that everyone can feed and cuddle and love. I’m thinking something along the lines of the critically-acclaimed, fan-favorite title Sneak King, except instead of sneaking around force-feeding people Burger King’s shitty food, you’re sneaking around petting people’s dogs while they’re not looking. A regular old Metal Gear Schnauzer!

Puzzle Puppers releases on the Switch eShop on February 20, 2018, and will retail for $5.