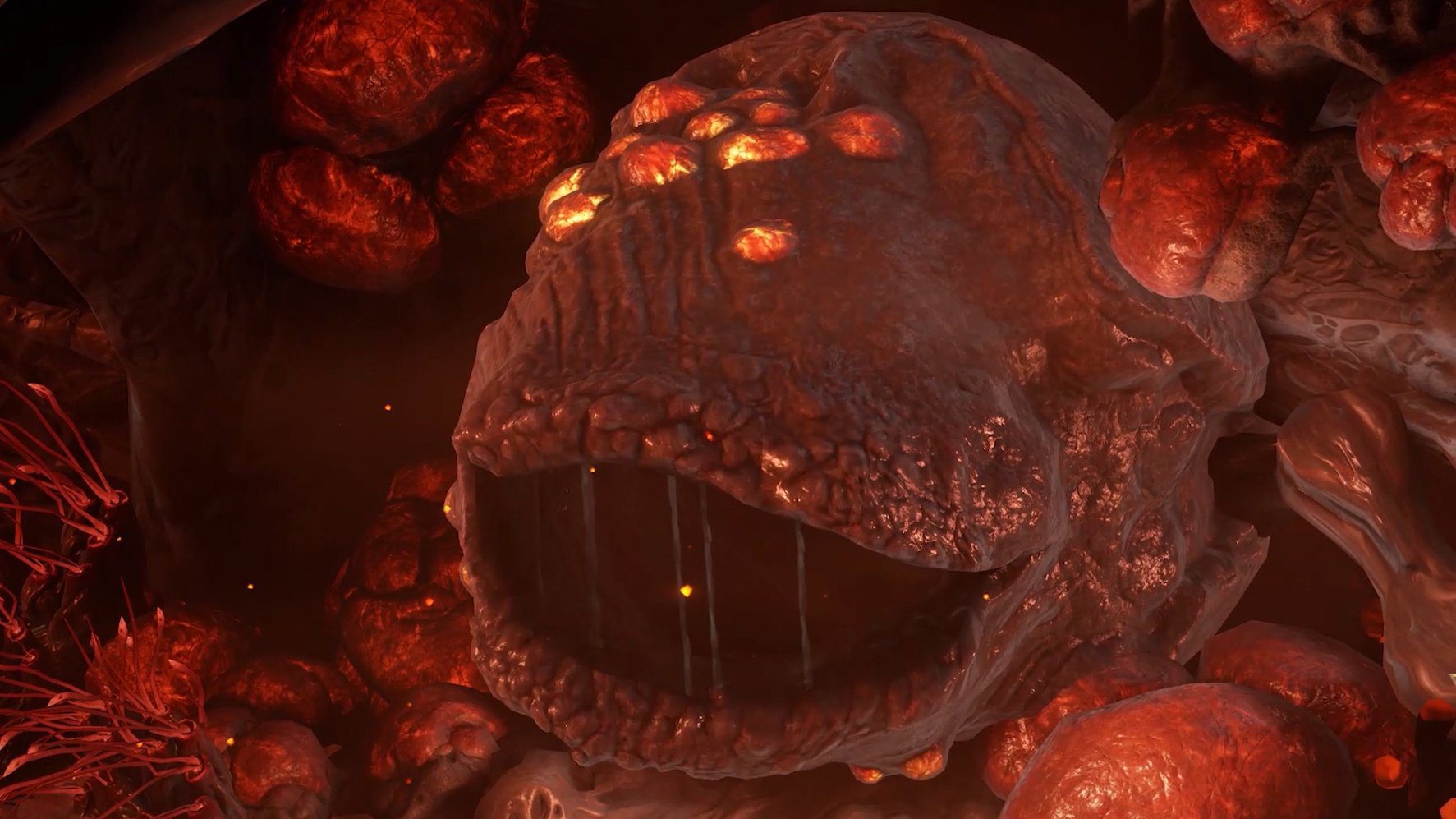 The Heart of Deimos is going to make for one hell of an introduction for players new to the Warframe experience, but for those who have been playing since the beginning, a new feature coming soon to your Orbiter may allow you to customize your playing experience even more. When Heart of Deimos launches at the end of August, your infirmary will have a new occupant. Say hello to Audrey II Helminth.

Currently, the infirmary can only be accessed when you’re playing as the Nidus Warframe or if any other ‘frame has a cyst. With the update on August 25, you’ll get full access to the room anytime you want to take advantage of the Chrysalis System, a new feature that’ll let you further customize your favorite Warframes so long as you’re not opposed to getting rid of some you’ve already earned.

The system works like this: pick a Warframe with an Ability you want, sacrifice it to the Helminth, feed it what it needs, and then say goodbye to that Warframe and hello to an Ability you can put on any other Warframe you have. As you can only have four Abilities on a Warframe, you’ll have to get rid of one Ability innate to the ‘frame that’s receiving this new power. However, you can keep any removed Abilities on alternate configurations.

Who will you feed to the Helminth first? pic.twitter.com/fYIBxPwEK7

It’s not just discarded Warframes that’ll grant you new abilities. As you level up Helminth, you’ll gain access to exclusive Helminth Abilities. There are some limitations to the system. First of all, only one added Ability can be on a Warframe at any given time. Second, each Warframe will have a specific Ability that can be fused with other ‘frames. Finally, if you have a Prime Warframe and are worried about accidentally sacrificing one of those, Digital Extremes promises the Chrysalis System will only accept non-Prime Warframes.