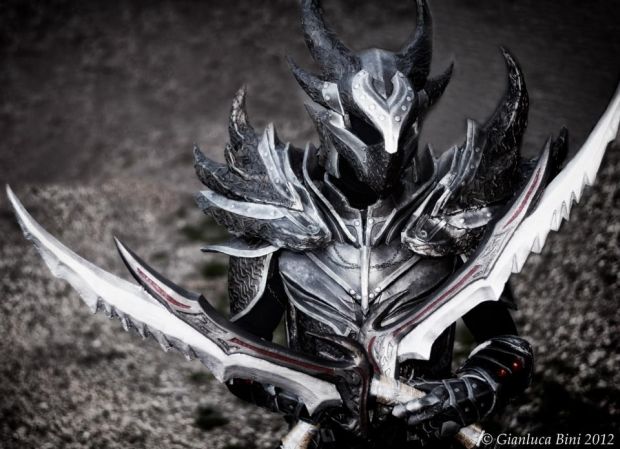 deviantART user Chris “Zerios88” Wolvie states on his page that he’s a “little noob cosplayer.” Sir, I beg to differ.

Chris custom made his own Dovahkiin Daedric armor from The Elder Scrolls V: Skyrim and it’s just stunning. It’s incredibly detailed, and I wouldn’t blame you if you thought some of the pictures were straight out of the game. The armor is so good that he won an award at a convention last year too.

Check out his deviantART page for more pictures of his armor and the building process, and see some of his other cosplay work over on Facebook.