[Dtoid community blogger Manchild gave us a touching and lovely blog on Father’s Day. Beware getting dust in your eyes. Want to see your own writing appear on the front page? Go write something! –Occams Electric Toothbrush]

A few weeks after the birth of my son, I was desperately trying to sleep. When our daughter was born, the first two days having her home were a nightmare. Howver, they paled in comparison to Jack who fought sleep like it was a boogeyman. It was an average week night, and one of the first where Jack managed to sleep soundly giving us a few hours of respite. We were starting to go crazy and my wife was on the verge of tears all the time from how difficult it was.

The phone rang at 3 AM. First the house phone, and then my phone.

My brother in law:

“Is my sister there?”

“Nononono. Just…can you go to another room?”

I froze. There was a ringing in my ear. 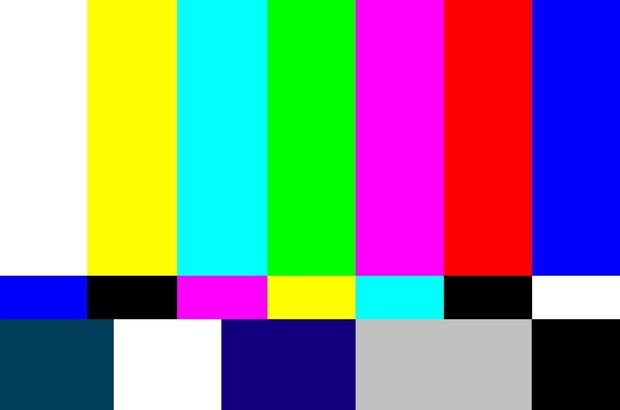 A week later was my father-in-law’s funeral. He had passed of sudden heart failure while going to the washroom in the middle of the night.

My history with fathers has been convoluted. Out of my mother and her two sisters, every one of them has been divorced and since remarried. Divorce for us was a difficult process as it is for most. We were uprooted. We lived in a small town in the middle of the mountains where my Dad had expected to find a lot of work. The subsequent divorce a few years later landed us in Calgary, a city bigger than any I’d ever lived in. I remember meeting my stepdad for the first time and how nervous he was. I was far less so as I was an optimistic kid before life had really begun to eat away at me.

I missed my Dad. I felt like he understood me. And one of the ways in which we had always connected was through video games.

I remember the first time we really connected through a game was with Guerrilla War on the NES. A pretty sub-par overhead run and gun, it was one of the first games I ever played that had a co-op mechanic. It sparked a love in me for co-op games, and a lot of it came from playing them with my Dad. We’d go on to enjoy Jackal, Alien Syndrome, Contra, Toejam and Earl and others, and despite his busy work schedule and addiction to Star Trek, he’d usually make time a few nights a week to sit down and play some games.

My stepdad wasn’t a gamer. He wasn’t much of anything at first glance except a guy who worked hard. My Mom and I moved into an apartment and would go to his place quite often. She’d do his dishes for him; dishes covered in congealed chicken grease that would sit there for days and be impossible to get clean. He was a true bachelor, younger than my Dad. And I pretty quickly grew to know the differences. He wanted to take me out to see the sights, to do things “normal” Dad’s did. But I wasn’t too receptive. I remember asking “Can I bring my Gameboy?” when he first offered to take my to the Calgary tower. I was checked out emotionally. All I wanted at the time was immersion to escape the dreadful reality of what was going on.

He was pretty good about it at first. He eventually grew to be annoyed with my obsessive gaming habit, but never withheld it from me. But the first time I remember us really connecting, when I felt he was trying to get at me on my level, was when we went to an arcade downtown.

Now boarded up and closed for years it was right next to the train tracks and in a pretty scummy area. It was close to a burger joint where the junkies and homeless would hang out and eat food that would give your average citizen food poisoning. It was my first real taste of a downtown. And I’ve heard many rumors since that the arcade was just a front for seedier behavior, but who knows if that’s true.

We played through the entirety of The Lost World arcade game; a gun game like Time Crisis with a Jurassic Park theme. I couldn’t tell you how many dollars we stuffed in that thing, but we played right to the end. And since then it has always been a fond memory of mine. Shame it has never seen a console release.

It was reflective of my relationship with my Dad and reminded me of my absolute favorite thing to do with him, which was to hit the arcades. We did it a lot more of course. Our favorite game was In The Hunt, a submarine based shooter by the same folks who would later go on to do Metal Gear. But he would show me the classics as well. I got really hooked on Frogger. Arcades don’t really exist in Canada, at least not in my city, today. Where you do see machines, they are seldom originals, the screens are green with blown capacitors and the like, and the buttons are squishy, loose sticks, almost impossible to play properly. One time I went to an auction to bid on a Neo Geo arcade machine and there was an In The Hunt machine in perfect condition. It was a massive beast I would have never been able to get into my apartment. But it made me long for a time before.

When I was about 13, after a short period of living with my Dad and then my Mom and I moving in with my stepdad, my Dad and I stopped talking. There were a lot of reasons for it, mostly the infighting happening between my parents. It was incredibly difficult but necessary.

I wouldn’t speak to him again for about 13 more years.

When I had my daughter, I felt like I had to track him down. I looked him up online and found someone by his name living in a small Saskatchewan town. I’ll never forget my nerves making that phone call. We didn’t talk very long before he decided he had to see me. The next day, he made the ten hour drive down to Calgary. It was pissing rain when he got in.

It was a bittersweet meeting. 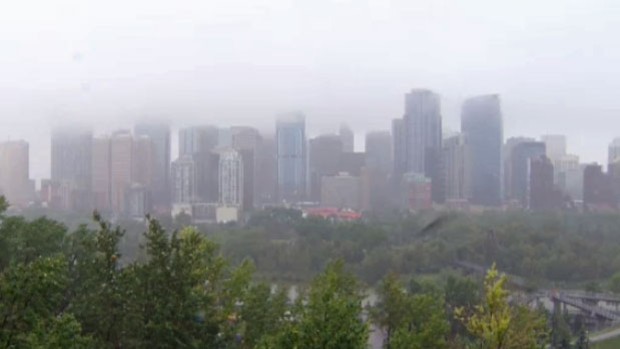 You realize after such a long period of time that there are something that simply don’t come back. What you were is lost in translation. You have to get to know each other again, who you are now. My wife was fascinated because of little things; the way we’d both cross our arms or our body language. Almost like these things were genetic arrangements.

I planned for him to come down in stupid little ways. I wanted to find something, anything, to relate to him with. So I pulled out board games we used to play and stacked them on the table, pretending I played them all the time. I had one of our favorite movies sitting out. And on my computer, I managed to download and emulate In The Hunt, the game we would play so often together in arcades.

Of course, you end up doing nothing, really. Just talking. Just sitting in awe at the fact that it’s been so long, how grey he looks, how big I was, and so forth. When we finally had a quiet moment, I turned on In The Hunt.

“Do you remember this one?”

I was excited to see the response. He kind of stared at it blankly and after awhile acknowledged it. “Oh yeah!” It wasn’t entirely confident. Something he vaguely remembered, but that didn’t particularly stick out. The value we place on these experiences, especially as kids, is so much more powerful than as adults. He might have had a fun time with this silly little shooter game, but he didn’t remember it how I did; as a shared experience, as something I looked forward to anytime.

We did, but only for a minute or two. And I couldn’t help feeling a sense of disappointment at that. It was the realization that things would never be the same. You couldn’t turn back the clock. I was a father, he was an estranged one. And the dynamic of our relationship, whatever had survived after the fallout of a decade, had been transformed permanently. 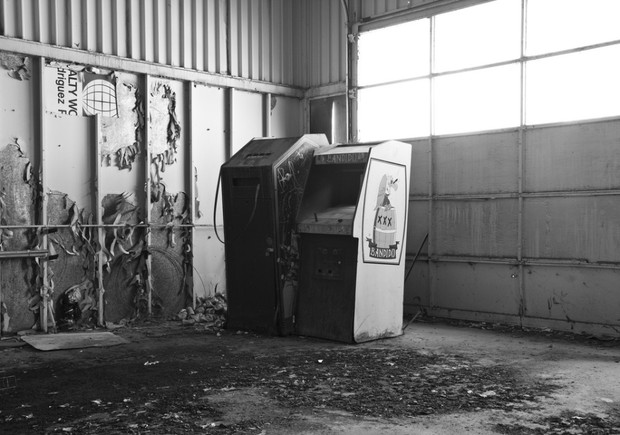 As a dad, I want to try and be mindful of these things. Of what my kids are doing, of these experiences. Already my daughter will mention tiny things from time to time that we did together months before. Her brain has already imprinted otherwise meaningless moments into memories she will remember forever.

I was really down after my Dad left, thinking about all of that. He had forgotten. What else had he forgotten? It was silly, sure. But it was a moment of revelation, of growing. I remember just grabbing my wife and crying into her. I didn’t know if it was joy or sadness. Since, our relationship has been spotty. He went a year without calling me because he has been going through a lot of his own problems. Our relationship didn’t suddenly come back together with a joyous embrace. It is whatever it is, and it’s nothing like it was. But that’s okay, because it doesn’t need to be.

Today my kids are running around the living room playing. I have a headache from staying up too late. I’m thinking about dead people, and dead relationships. 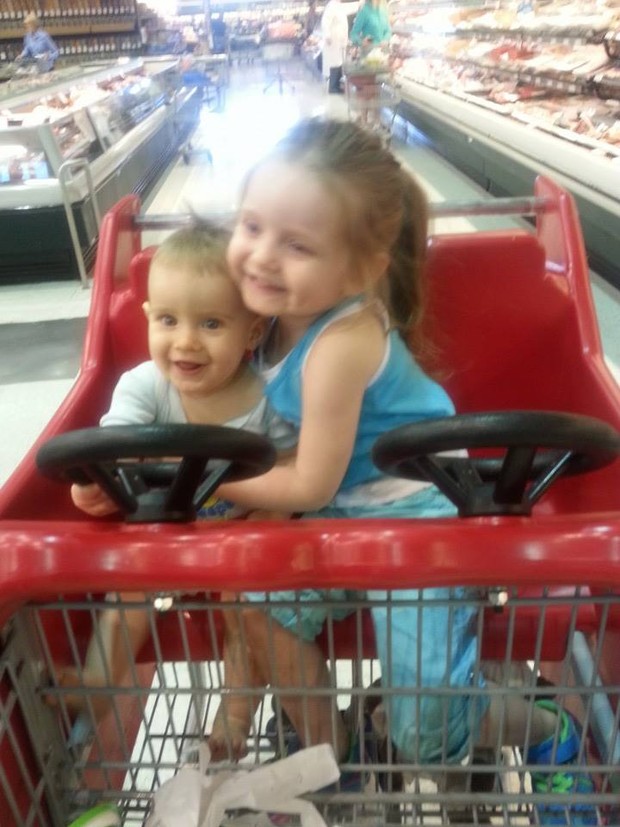 But I’m glad things turned out the way that they did, and wouldn’t trade it for anything.