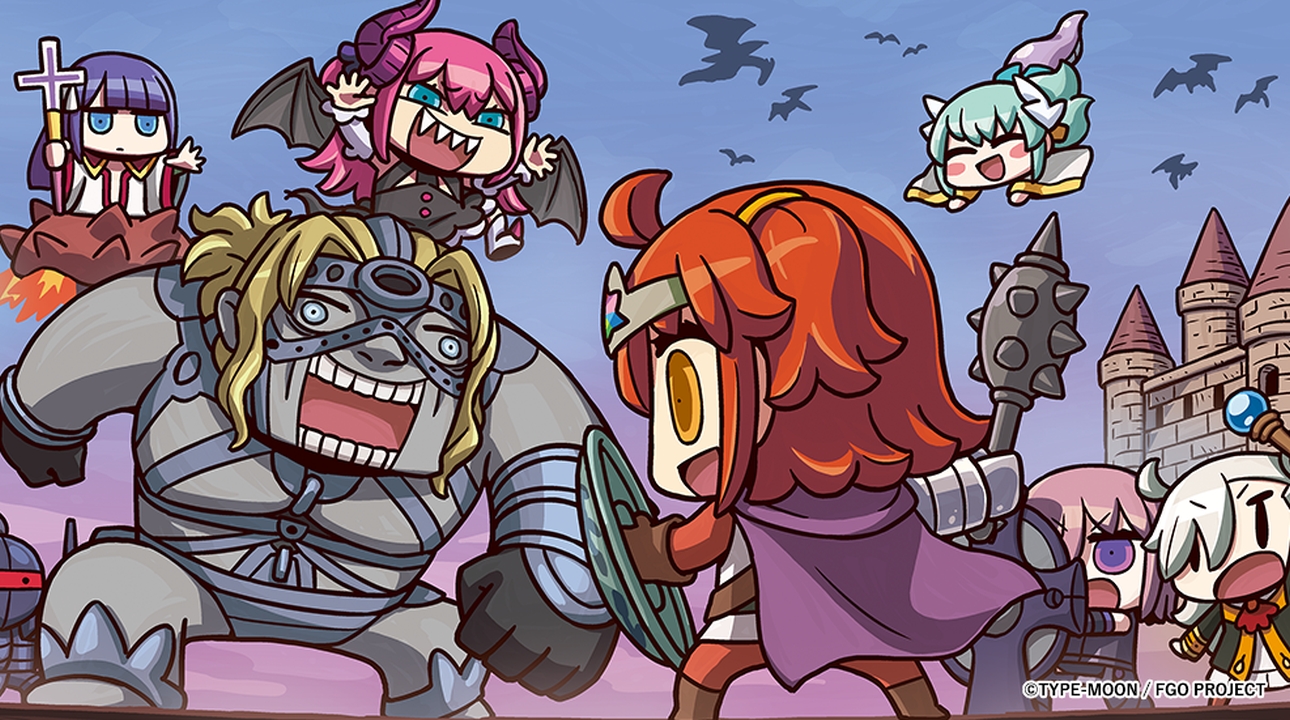 We’re not even a fortnight from the last significant Fate/Grand Order release, but time (and the event schedule) wait for no master. Plus, it’s already late October, which means the yearly Halloween event wouldn’t be timely if the game waited any longer to debut it.

Which brings us to Halloween Strike! Demonic Climb ~Himeji Castle War~, the new seasonal event for this year. As with the previous two years’ Halloween bashes, players will be reunited with famed serial killer Elizabeth Bathory as yet another batch of interlopers disrupts her plans to have a fun ol’ Halloween Trick-or-Treat parade. Players will complete objective-based missions to progress up a spectral recreation of Japan’s famous Himeji castle in search of the perpetrator, and eventually unlock access to “Mecha Eli-chan”, a robotic incarnation of everyone’s favorite wannabe-idol-slash-prolific-murderer. Notably, Mecha Eli-chan is the first “Alter Ego”-class Servant to be made available for players not rolling on the game’s premium summon banners. Alter Egos debuted in this year’s Fate/Extra CCC crossover and do bonus damage against Cavalry-class enemies, making them versatile picks for mixed-class battles.

Premium gacha rollers will also have a new 5-star Assassin-class Servant to target: Osakabehime. With a name that translates roughly to “The Princess Of The Walls”, Osakabehime is based on a famous youkai spirit that allegedly haunts the corridors and crawlspaces of Himeji castle. Naturally, FGO portrays her as a nerdy shut-in who prefers painting plastic models and playing video games to going out and being a productive member of heroic spirit society.

The event kicks off this week, on October 23rd, at 0100 PDT, and lasts through November 7th. Check out previews of Osakabehime and Mecha Eli-chan’s Noble Phantasm attacks below.