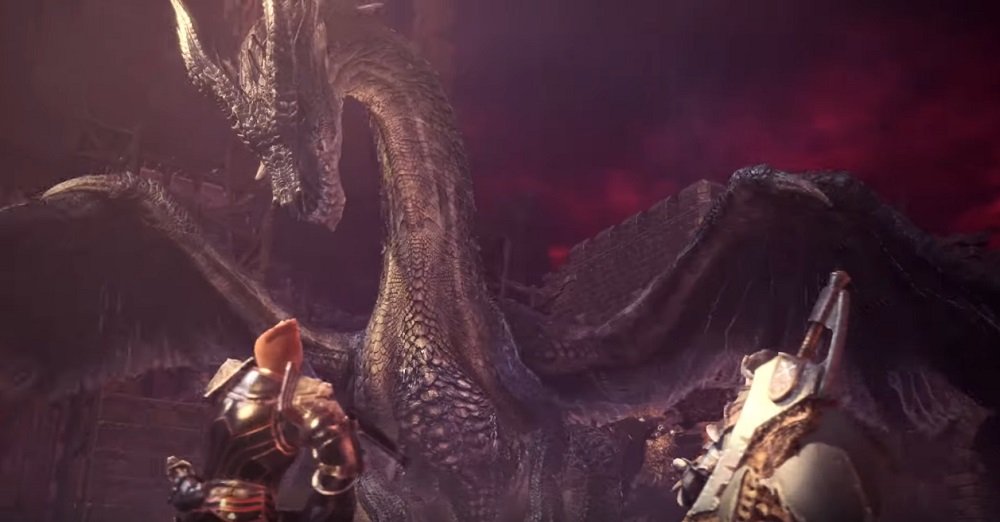 Something Wicked This Way Comes…

Capcom has revealed the final behemoth heading to the killing fields of Monster Hunter World: Iceborne. As predicted by many in the Monster Hunter community, it is none-other than the fearsome elder dragon Fatalis, who will be gracing us with its presence on October 1.

Originally making its debut in the very first Monster Hunter release, Fatalis is something of a legend within the MH universe. The gargantuan black dragon follows the more traditional tropes of the fantasy species, both in visual appearance and its range of fire-breathing, tail-lashing attacks. Fatalis is also capable of flight through the use of its huge, powerful wings.

Defeating Fatalis will reward your party with Fatalis-themed armour, weaponry, and clothing. Given the fact that this terrifying creature can wipe out most parties with relative ease, here’s hoping that you’re prepared. This battle could be the very moment you’ve been training for, Hunters.

Arriving October 1, the Fatalis update will be the final update for Monster Hunter World: Iceborne, following a solid two years of support for the blockbuster release. It should be noted that seasonal events will continue to cycle as per usual going forward, but it seems that over development on Monster Hunter: World is now entering its twilight phase.

The next seasonal event, which will be centered around spooky Halloween celebrations. The Autumn Harvest Fright Fest will take place in-game between October 16 and November 5, offering players the opportunity to bag fun themed gear for their characters.