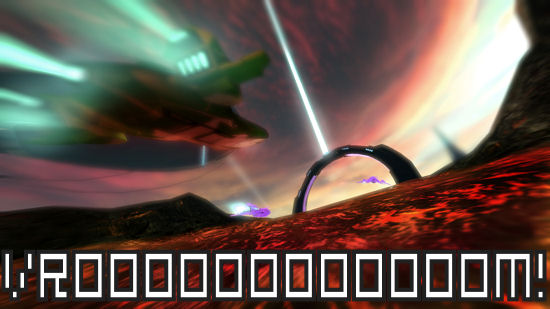 My chat with KOEI earlier today yielded more than just reworked Destructoid posts. I made sure to get my hands on the latest screenshots for the company’s newest game not to involve medieval Chinese soldiers, Fatal Inertia. The game is delayed on the PlayStation 3, ironically due to problems with Epic’s Unreal Engine 3, but the Xbox 360 version is still due for a September release. These are the latest in-development shots from the 360 iteration.

The game certainly resembles Wipeout, but on a larger scale with all manner of varied locales to speak of. One thing’s definitely for sure, it looks incredibly pretty indeed. I have a very limited interest in racing games generally, but this might just be quirky enough to keep my eyes pointed in its direction. For the hardcore KOEI contingent on Destructoid, stay tuned over the next few weeks as I bring more juicy information from the kings of the button masher.