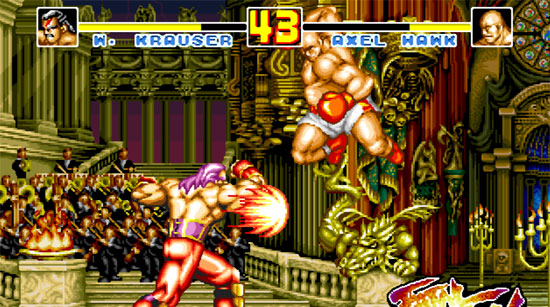 The press release for Xbox Live Arcade went out a little early this week, so we now know that Cyberball 2072 and Fatal Fury Special will be released next Wednesday for 400 Microsoft Points each.

Cyberball 2072 is an old-school arcade football game, but with robots … and lots of ‘em. It looks like 2-player online co-op will be included, so it might be worth checking out for nostalgia purposes.

Fatal Fury Special, the third title in the popular fighting game series, will also include an online component for its XBLA debut. I know that many of you are huge Neo-Geo fans (and why wouldn’t you be one), so this news should be nice to hear.

Do either of these games look good to you, or are you waiting for something that’s more original (not a port)?