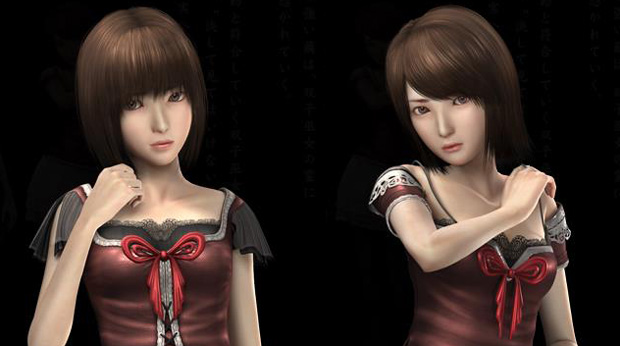 In this “overview” trailer for the upcoming Fatal Frame 2: Wii Edition, we get a solid look at the game’s unsettlingly close sibling protagonists, and how the game’s new features (behind the back camera, flashlight-focused exploration, and enhanced combat controls) change things up. It all comes together for more freaky time than I bargined for. At first, the game’s low res, low-poly background’s were too distracting for me to really get into the atmosphere, but then…

BHAA! What’s up with that broken-necked ghost lady suddenly all up on my computer screen? You both feel bad for her, and desperately want her to go away forever. That kind of sympathy/repulsion is what good ghost stories are all about.

We also get a look at the game’s new “haunted house” multi-player bonus mode, which looks surprisingly tense. I wasn’t expecting much from this little extra, as it sounded a lot like the Ju-On game on the Wii from a few years back (but not in a good way). With horror of this type though, it’s all in the execution, so there is a chance it will all come together in the end.

I’m going to miss the Wii when it’s gone, as it’s the home console where this kind of risky, lower-budget title has the best chance at retail. I just hope that more of these games leave Japan before the Wii is gone. Releasing a Fatal Frame 2/Fatal Frame 4 in the United States this year would be a great way for Nintendo to show the world that survival horror, and the Wii console, aren’t dead yet.