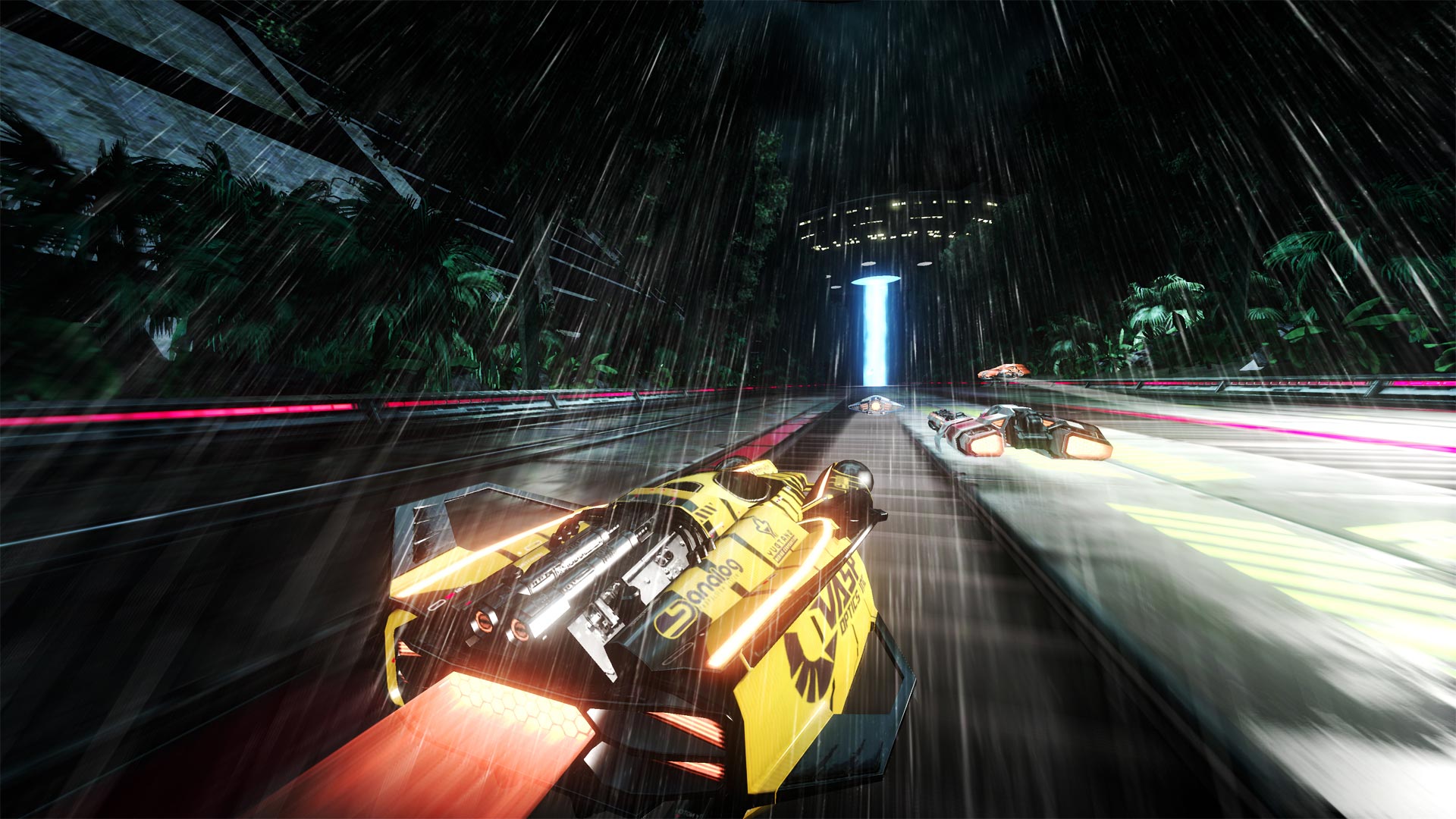 Wipeout HD was amazingly well-optimized, able to run at 1080p and 60fps on the PlayStation 3. Excluding the Fury DLC, it was only one gigabyte. Shin’en has been similarly impressive, by optimizing Fast RMX to run at 1080p/60fps on Nintendo Switch, where it will be 900 MB. It will even feature touch controls for the menus. Can a game with such polish really be considered “indie”?

Shin’en seems very proud of this 900 MB which seems to be standard size for this kind of game. To me the story here is they will have 47 music tracks to listen to, more than doubling Fast Racing Neo‘s 19. Wipeout HD and Fury together only had about 15, which you could get a sense of by playing enough to hear the same songs repeating over and over.

It’s trite to compare it with F-Zero all the time, so let’s use Quantum Redshift. When you play futuristic high-speed racing games like Quantum Redshift, you want a cool electronic soundtrack to make you feel like a cool space dude. Even the bad ones like Fatal Inertia understand this commandment. So what greater gift than to have 47 tracks?

At that overall file size, they won’t quite be lossless FLACs (I’m not an audiophile I swear!), but if it turns out good maybe there’ll be a purchasable soundtrack.