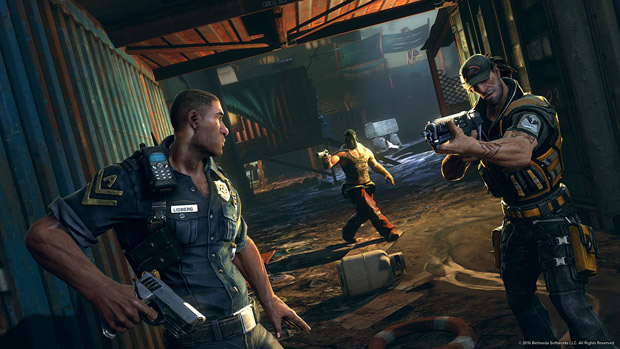 They’ve done it. They finally cracked our secret code. Four screenshots of your game? Exactly enough to warrant a post. Anything less, not so much — unless it’s a reveal, in which case a single picture is plenty to go on. Curse you, Splash Damage!

In these four new shots for Brink, we get yet another look at the crazy variety of clothing options we’ll have access to later this year. Just because it’s a first-person shooter that doesn’t mean you get to skimp out on the outfits. I think they have their bases covered, and then some.

How ’bout we get to see some of the other in-game locations? Pretty please?