I try not to judge. People can wear whatever they feel comfortable in. Uniforms are not a mandatory part of being in the human race. I’m also not terribly fashionable. Sometimes I put on an outfit I think is cute, but most times it’s jeans and a t-shirt because I’ll probably be parked in front of my computer for most of the day. I’m not here to impress you.

To some, however, socks and sandals are the ultimate sin. How dare you leave the house in pajama pants? Those people are the Fashion Police, and someone has finally made a game depicting these noble heroes. 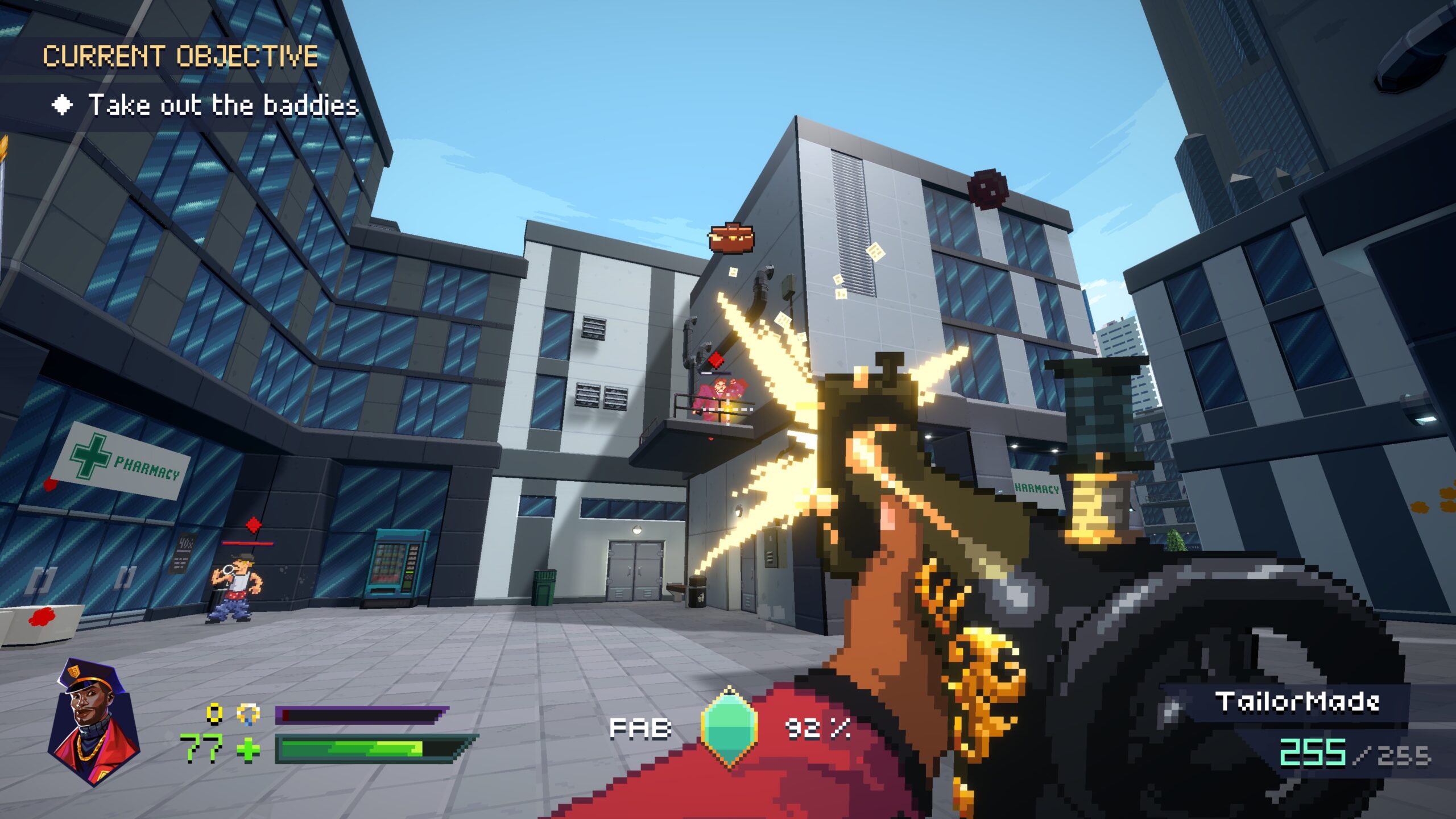 If the initialism doesn’t give it away, Fashion Police Squad is a first-person shooter about solving crimes against fashion. Baggy suits, too little color, too much color — it’s enough to send someone over the edge. It’s up to you to use a variety of weapons to fix the faux pas and find what is causing this wave of fashion disaster.

The beta I played gives access to three levels and two distinct weapons. It’s a rather short jog altogether to just give you a taste of what the game is shaping up to be.

Fashion Police Squad aims to be “batshit,” and the press release told me no one makes it through without laughing. It guarantees laughter. Obviously, it underestimated how dead I am inside since I didn’t even chuckle. There are some jokes that I found amusing, but FPS is going to have to try harder to split my depression-reinforced sides. 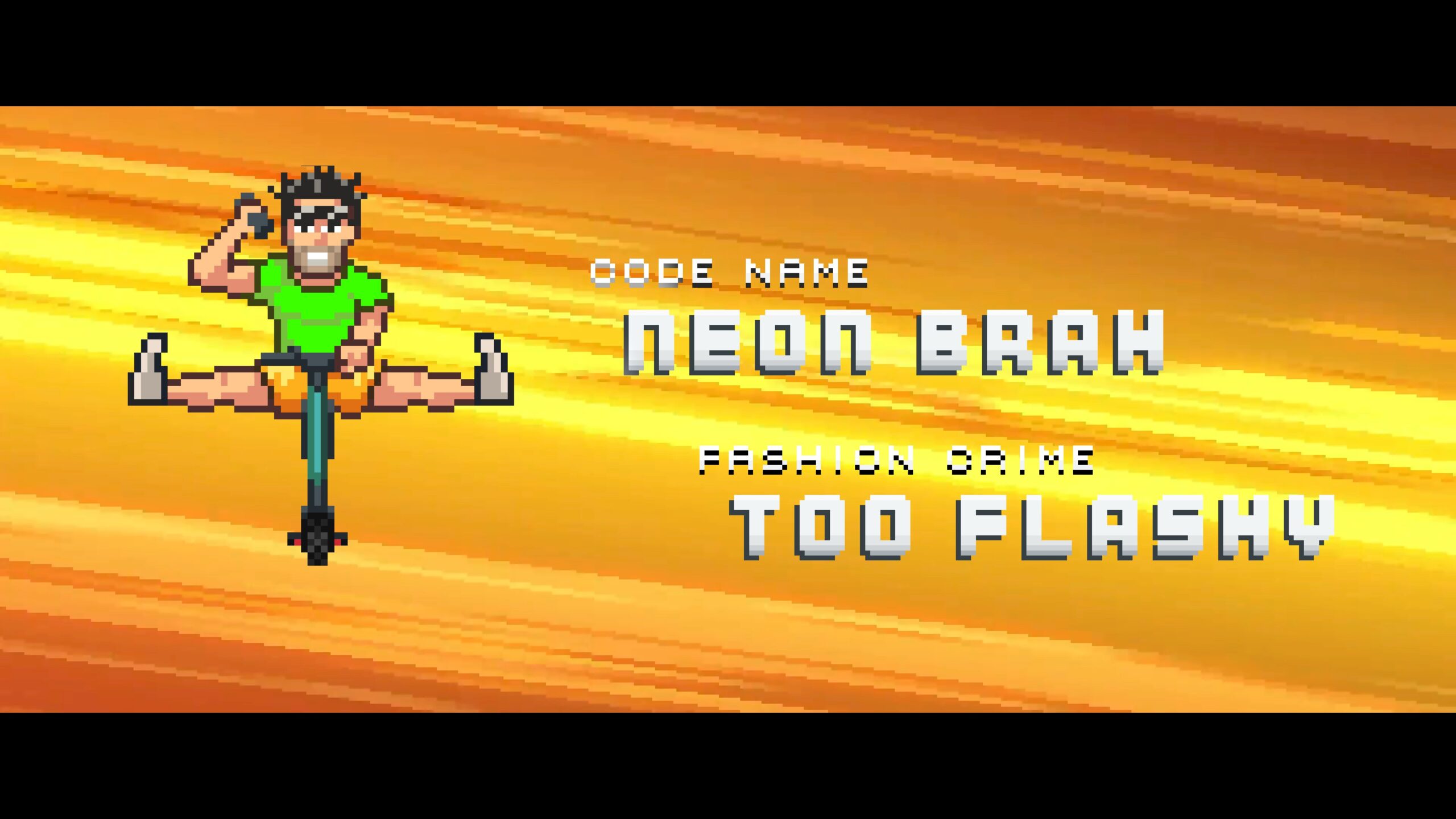 I was more focused on the gameplay, which is startlingly bland. I can get behind the theme, even if I’m not particularly offended by people wearing their pants around their knees. However, the rest of the game wasn’t given that much thought.

The graphics seem to imply that the formula is built off a classic FPS framework. While the environments are modeled in 3D, the characters and weaponry are pixel art. However, the flow of the game is severely linear, made worse by the fact that the environments are very monotone. Plazas, alleys, and office buildings. Chain link fences keep you on the path, though some tempt you with offerings of secrets.

Sometimes I’d find a way to jump over a fence, and instead of a secret, I’d fall into the level geometry, but that’s the joys of playing beta builds. 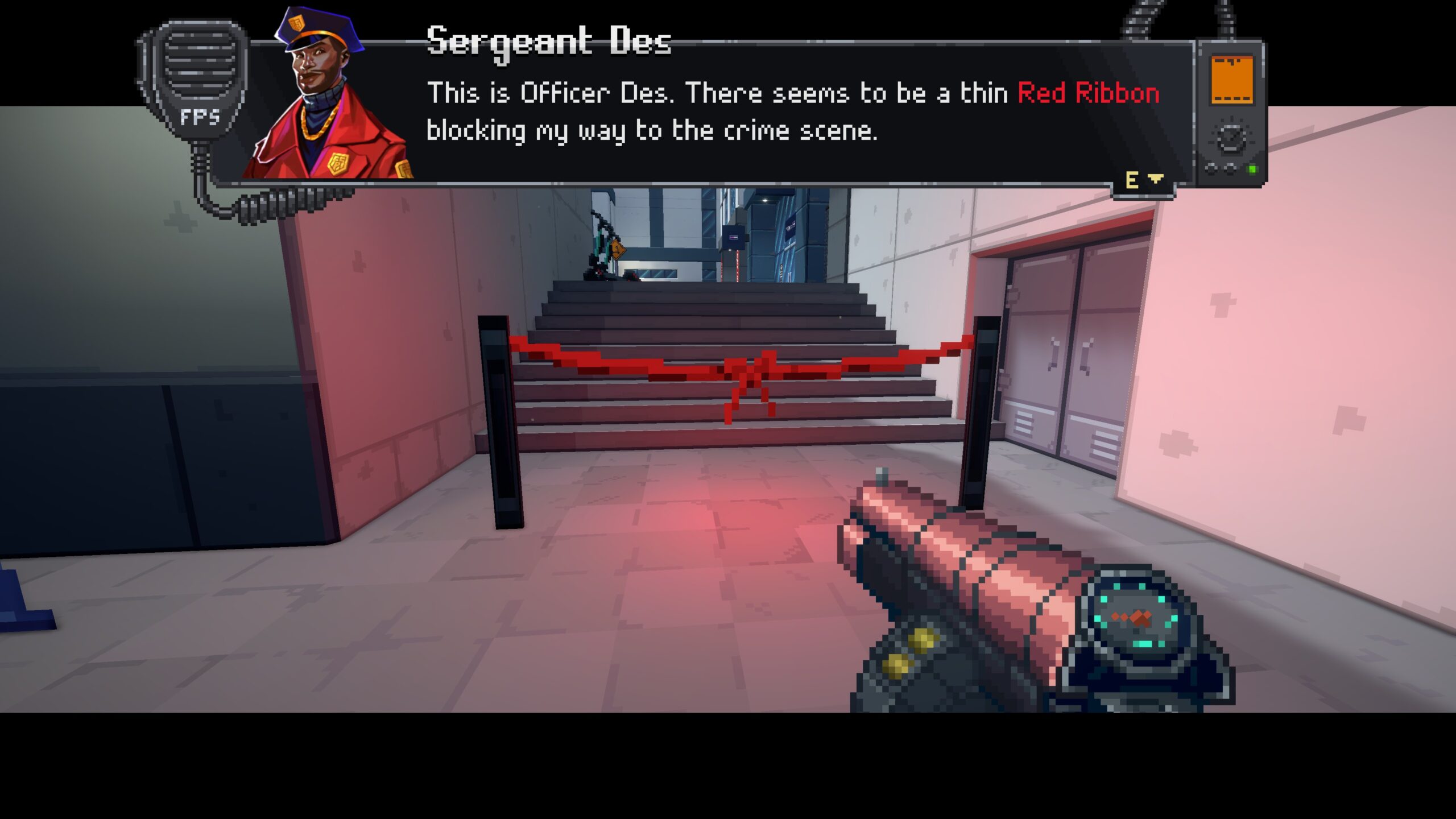 The gunplay in Fashion Police Squad is similarly uninspired. Each enemy is affected by a particular weapon and only that weapon. So it’s not like one weapon works like a shotgun and the other works as a sniper rifle. They may handle differently but they only have a singular purpose.

This might be easier to swallow if it was merely a matter of weaknesses, but it’s far stricter than that. Enemies are completely immune to every weapon except the one they correspond to. This reduces the strategy of combat down to fabulizing the enemies that can be hurt by the gun you’re carrying, then switching to the next one and continuing the process. It removes a lot of the fun of combat for the sake of the game’s central joke, and that’s a shame. 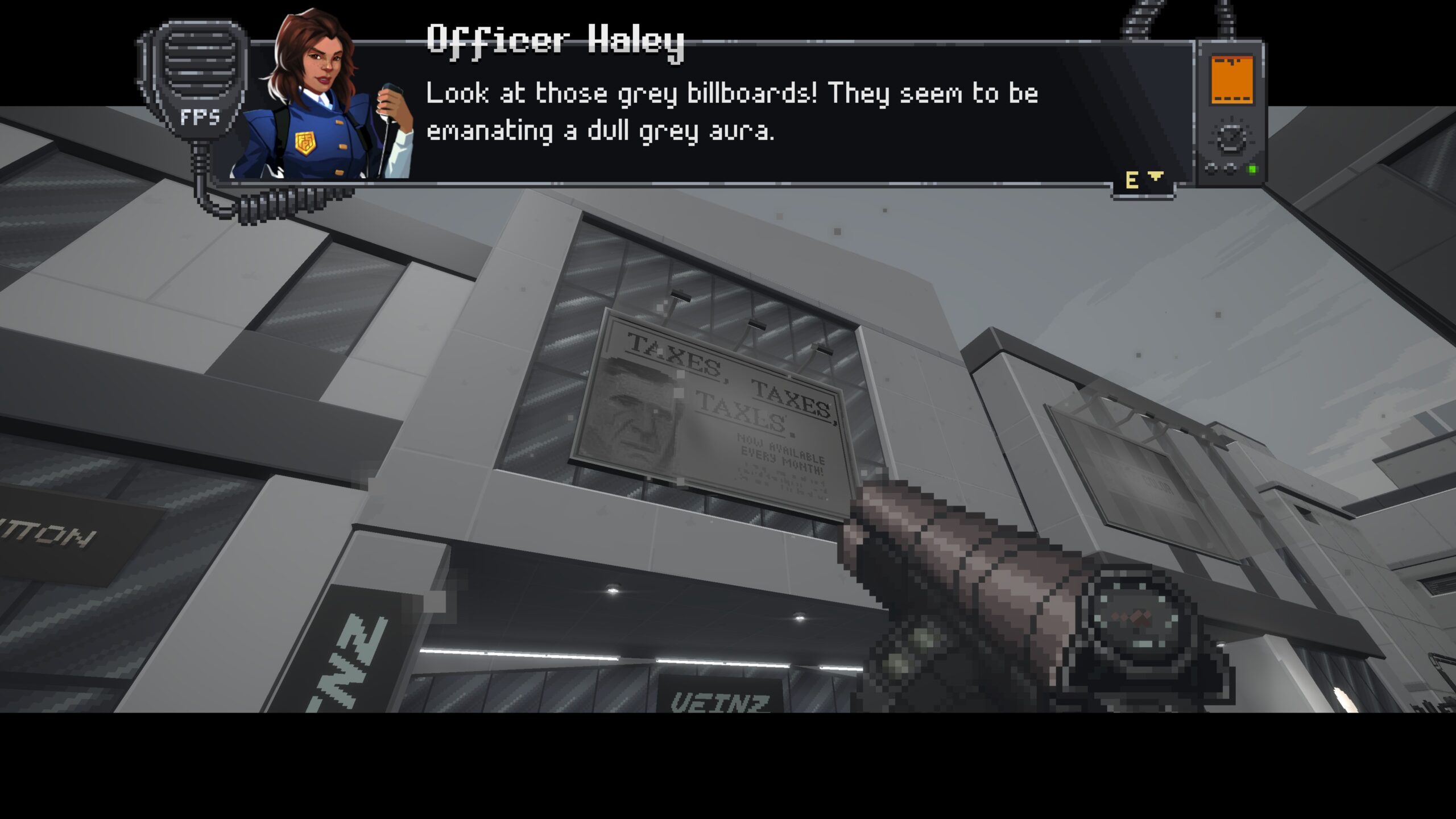 Fashion Police Squad is slated for 2022, so there’s still time for its substance to catch up to its style. I’ve got my fingers crossed, because I can get behind its concept and I have a love for the retro FPS genre. A fresh look at its combat and a bit more flair to its level design, and Fashion Police Squad may make it from sloppa to proppa. As it stands now, it belongs on the bargain rack.