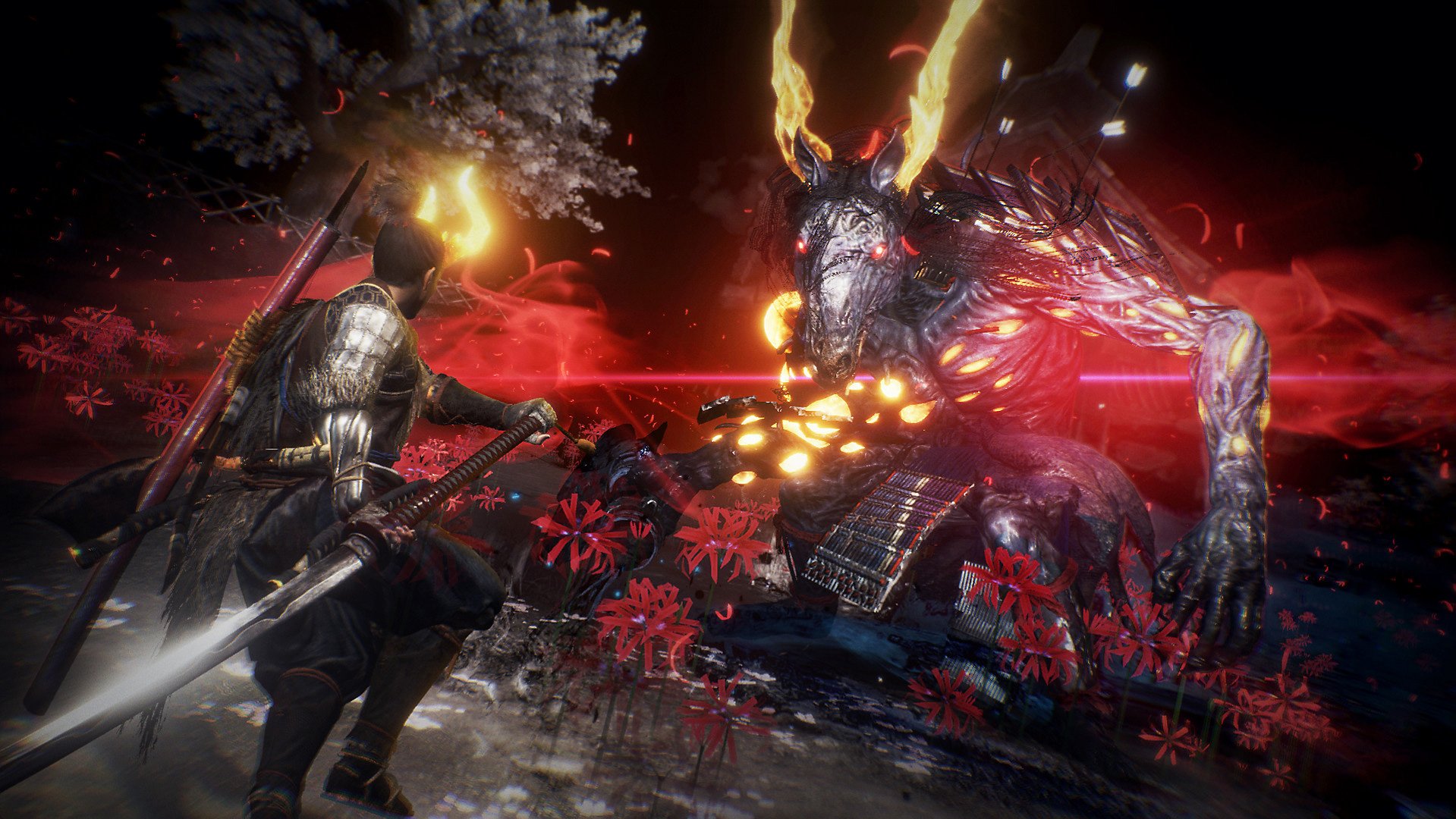 I’ve been patiently waiting for the Nioh 2 community to rally around a go-to farming strategy, and while there isn’t a consensus yet – and there are multiple long-term goals to grind out, including your XP, gold, and weapon/Onmyo/Ninjutsu/Shiftling proficiency – I’ve found one particular strategy that’s helping me quickly stockpile Amrita without fuss. It’s gonna carry me all the way to the max level cap of 300.

The sub-mission in question is The Refined Man of the Underworld, and you can access it in Nioh 2‘s fourth region, Dawn. It’s available on your first playthrough, but for farming, it’s much more potent on New Game+, Dream of the Strong. (Side note: Nioh 2 currently only has one New Game+ mode.)

Here’s a demonstration of the Amrita (XP) farming method from YouTube user ThySeraphim:

There’s a lot going on, but the video is self-explanatory if you don’t get bogged down by the minutia. In short: If you can clear this mission, you’ll accumulate a lot of Amrita. If you can clear it fast, even better.

You don’t necessarily need Amrita-boosting effects on your equipment. You also don’t have to worry about making a complicated build. Just finish the mission, and you’re golden – that’s why I appreciate this strategy. My character is not tailored for this stage and I can still clear it in 90 seconds or less.

The Refined Man of the Underworld is an ideal level to farm because it’s a fight against two easy-to-read bosses and not much else. You don’t have to run loops around a boring maze – it’s all action.

You’ll start out against Gozuki, and once you’ve taken off most of its health, Mezuki will appear. If you’re quick enough, that won’t be a problem. The main trick, as shown by ThySeraphim, is to have hard-hitting Soul Core abilities and make the most of them to take Gozuki out before Mezuki reaches you.

79 is the recommended level on the default difficulty, and 180 is suggested for Dream of the Strong. You do you.

If you haven’t beaten Nioh 2, I’d probably use the Yatsu-no-Kami Soul Core. That’s the snake boss.

If you have beaten Nioh 2 (name spoiler), use the Otakemaru Soul Core. Its area-of-effect is ideal.

Once you slay Gozuki, you can absorb its Soul Core drop to recharge your (purple) Anima meter and trigger whichever Soul Core attack you prefer. If you do it right, you should be able to melt Mezuki. If you can, I would bring along two Weakness Talismans (one for each boss) and a Protection Talisman.

You’ll earn a lot of Amrita (I’m getting over two million each run) and also earn a chunk of change. As a side benefit, you’ll naturally unlock skill points for your weapon and Shiftling skill trees too.

That said, if you’re specifically trying to max out your weapon proficiency, you’re gonna want to grind out the dojo mission The Nine Symbols instead. That mission gives you access to wooden versions of every weapon, which are perfect for proficiency farming, and the boss is just poor old Onryoki.

This farming tip isn’t the best if you’re in the early-to-mid-game, but once you hit the endgame and especially once you dip into Dream of the Strong, it should serve you well. I’m ready for the DLC!