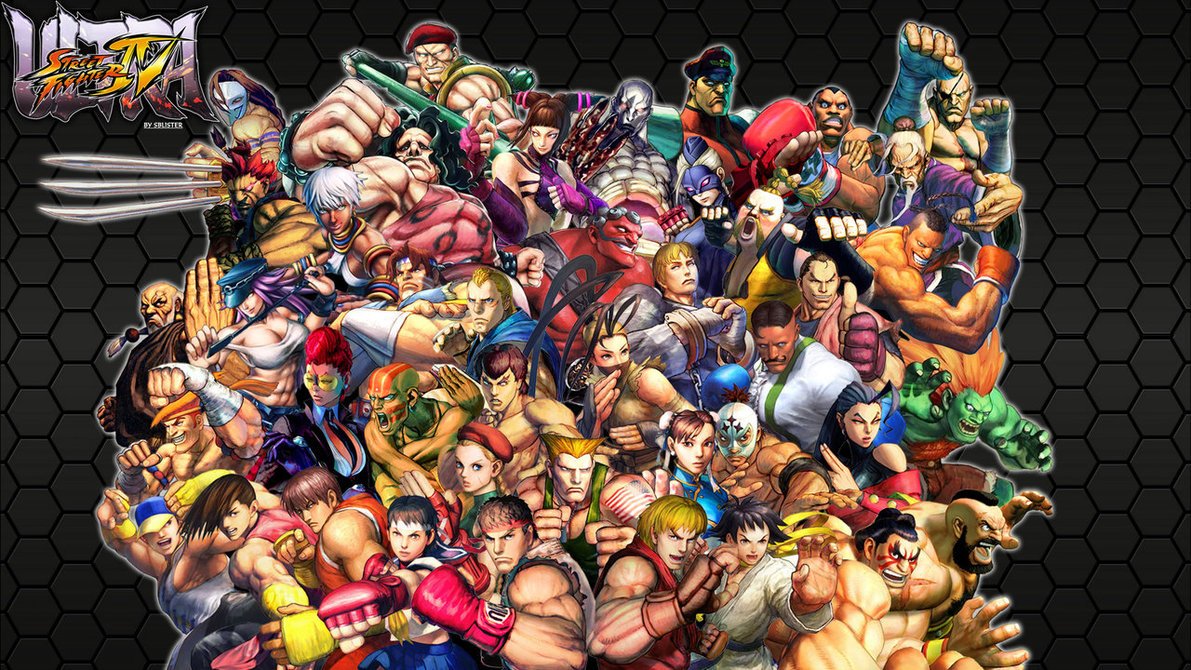 [Yes, Street Fighter V has had something beyond a rocky start. But it is still a new installment of an old guard of a franchise. It’s the original fighting game or at least the one that started it all. So thanks, Virtua Kazama, for providing a sendoff for Street Fighter IV, the title in the franchise that jump-started the aged and stalwart genre. ~Strider]

Street Fighter IV… I would like to say thank you.

The main gameplay mechanic introduced in Street Fighter IV was Focus Attack (aka Saving Attack in Japan). Focus Attacks gave the player a crumple stun in order to create a combo opportunity. The Focus Attack Dash Cancel (FADC) became an advanced technique players used to keep the combo going. It worked by pressing MP+MK, Forward, Forward (or Back, Back) after cancelling a normal or special hit. It costs about two bars of meter to do that. The most famous use of the FADC was Ryu’s Shoryuken, FADC’d into his Ultra 1, which is his Metsu Hadoken. Daigo was well-known for pulling that move in tournaments.

On February 17, 2009, Street Fighter IV came out for Xbox 360 and PlayStation 3. At the time, I was a senior in high school. I would remember going straight to GameStop after school just to pick up that game since I reserved it. Mind you, I was just a beginner to competitive Street Fighter and I was introduced to the tournament scene at the age of 17. I was one of the 09ers.

But man… that game brought back life to the FGC in a positive way. Other than EVO, there was a GameStop National tournament that was going on (I remember watching the qualifier matches with my friends. It was hype), more and more people started making local scenes, and new regional and major tournaments were born all over the world.

Street Fighter IV was part of the I Got Next documentary (once again, I urge you guys to watch it. It’s really good), as well as the IGN coverage of EVO 2009 with the hype Grand Finals between Justin Wong and Daigo Umehara. And after EVO, the FGC continued to grow even more.

As I got introduced to watching my first-ever EVO event, EVO 2010, I told myself that I wanted to get involved in tournaments someday. Personally for me, it was hard because of two reasons: I couldn’t find a scene, for starters, and I wasn’t good in Street Fighter. But all that changed. It introduced me to watching livestreams and I got a chance to learn about the top players in the game.

Once again, we got rebalanced gameplay and four new characters joined the roster. Yun and Yang were returning from Street Fighter III, Evil Ryu was returning from the Alpha series, and Oni debuted. The entire world got their hands on AE one year later when it came to consoles back in June 7, 2011 as DLC and a physical format on June 28.

I remember the majority of players complained about Yun, Yang, and Fei-Long being overpowered, since they were the most-used characters in the game. Last I recall, Fuudo (who was coming from Virtua Fighter) won EVO 2011 with Fei-Long. It was damn rough, too. But hey, who could forget Poongko getting a perfect on Daigo with Seth?

Near the end of 2011, we got a free update to AE, called Arcade Edition ver. 2012 (aka AE2012). The community used AE2012 from 2012 to 2013, where it was the most balanced update in the series. By then, Street Fighter already celebrated its 25th anniversary (and I know it has a 30th anniversary coming up next year, I can feel it already) by releasing an ultimate collection of current Street Fighter games bundled with movies, TV series, and more.

While the hype was slowly dying down, Capcom decided to keep it alive by releasing one more update in the Street Fighter series: Ultra Street Fighter IV. USFIV came out for Japanese arcades first in April 2014, while it was ported to Xbox 360 and PlayStation 3 in June 3, followed by a PlayStation 4 port one year later on May 26, 2015.

I remember when everyone on stream hated on Decapre because they said that Capcom took the lazy way out with making a new character. Either way, she managed to become a beast in the game as an offensive charge character in the right hands.

With Ultra Street Fighter IV appearing at the Capcom Cup Finals back in December 2015, all the players who competed in the event gave the game a proper sendoff to the Street Fighter IV series as a whole. Although it will still be played in tournaments, it’s not going to be as important now as it was back then.

Let me just say this: if it weren’t for Street Fighter IV, there would be no Capcom Pro Tour, no Excellent Adventures, and no encouragement for other companies to make newer fighters for the 7th Generation era. If it hadn’t been for this game, I would never have been introduced to the FGC and I would be stuck at home playing other games like Call of Duty or something.

Most of all, I wouldn’t be traveling to tournaments today and meeting new people. But looking back at the time when SFIV came out, in 2009, we were labeled as 09ers when we started. And now, the 16ers will be the new breed, the 09ers will be the OGs, the OGs will be legends, and the legends will be immortals.