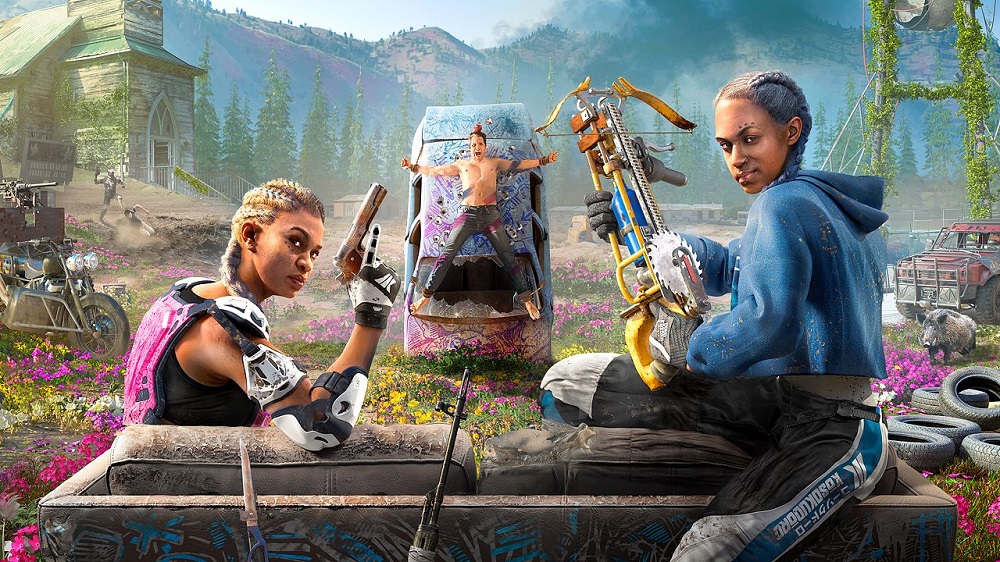 This was a weird week for the UK Charts, which saw numerous titles make high entries, despite so-so physical sales, whilst some “big-name” releases, such as beleaguered sequel Crackdown 3, failed to even break the Top Ten, debuting at number 13.

Ubisoft’s Far Cry New Dawn debuted at the number one slot, just beating out Deep Silver’s underground, overground creeper, Metro Exodus. Also managing to make the Top Five was not-very-good anime fighter Jump Force, which grabbed the number four slot. There are, however, disclaimers to many of these achievements.

Far Cry New Dawn may be the top of the pops, but it sells at a lower price point than the titles it fought off. In physical sales, the spin-off title didn’t come remotely close to the launch numbers of the original Far Cry 5, selling around 13% of its parent title’s sales. Nor did it match the launch for Far Cry 4’s own spin-off, Primal, with New Dawn selling just a quarter of Primal’s initial numbers. As noted by Eurogamer, a rise in digital sales will account for some of this deficit, but not all of it.

As we push on into 2019, physical sales continue to struggle. While it makes for a great soundbite for a new release to hit that number one spot, it simply doesn’t carry the prestige or security that it used to. Indeed, THQ recently announced that they are delighted with the sales from Darksiders 3, a game that didn’t even break the Top 20. While here, New Dawn rules the roost, but the numbers are, in actuality, a huge slump on previous releases. The high street is in real trouble.